Hope everyone has a great weekend, here's a dose of scruffy, brown-eyed goodness. 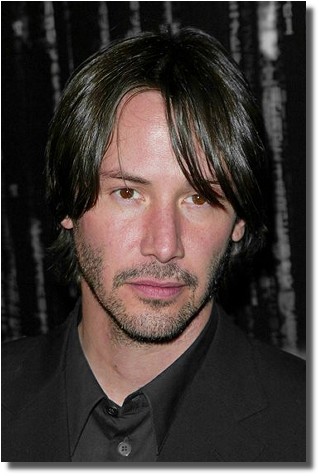 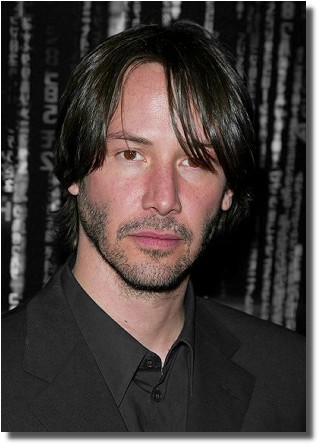 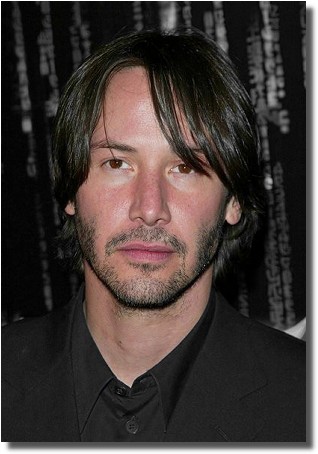 do you remember of your love?

That triple dose would cure anything. Have a great weekend, everyone.

he is a trinity! and the one! trying to think of something cleverish... but Kenau wins!!! most clever and resourceful blue ribbon a n d gold star!!!

hoping to get some insspiration (as IF a triple dose of KEANU wasn't enough!!) for the photoshop contest thingys... going in a moment to the 'photo's popcorn and more' / 'nature of holography' slide talk!...

Aww, how sweet!
Triple dose of KBeauty &
triple dose of goodness: K, the fan and you, Krix!
Thank you so much, a good weekend to you, too...

Wow - gorgeous, just gorgeous. That will sure cure whatever ails ya!

omg with the hair in the eyes...delicious!

......just came home from a night out and have found this..this is going to be a sweet night after all...going to sleep while drowning delightfully in those dark brown eyes of his ....aaaahhh *melting*dreaming*

i'll keep my inspiration with the keanu and the keanurati, thanks!

these pix remind me of this quote:
it is in the touching of one with another that we become most fully ourselves.
marilyn sewell...

and this one:
the sun is looking good and so are you
;-)

WOW!!! Does anybody look as good as this at 40? At this rate, Keanu will be hotter than the sun before he hits the big 6-0, then we will have to where special glasses to look at him!!!

His eyes are the most amazing, beautiful, mesmerizing things I have ever looked at! ::melts::

Krix, hope you had a good weekend as well. These pics are delicious. Muah !! :)

...triple dose of that brown-eyed stuff

keanu.... has the m o s t beautiful eyes... i l o v e these pix above by krix, but also, i always loved that one picture where he is wearing that silky brown suit, probably matched exactly to his eyes... with a sort of deep golden silk shirt, and his legs are crossed and he's holding a lit cig... hair short and somewhat tousled...slight smile... amazing focus and what draws you and keeps you are his eyes.... the light
illuminates them in such a way that the light seems to come from within him and through his eyes... although i have an intuition that mr reeves may like blue eyes too! i have a piece of hand dyed silk ribbon that i got just because it reminded me of keanu's eyes, (before i saw that pic!) i might have used it to wrap a letter and picture in a longtime ago...
creamy silk inside deepening to brown keanu eye color towards the edges... keanu illuminated eye color! his eyes are not only georgous to look at, but they convey the message of one you can trust, especially after you are in his inner/close circle...the deep knowingness of a soul whose essence is.... essential.

A very big thanx, krix, for that Cystic Fibrosis Freeze The Disease mention. It was in Valencia, CA -- relatively local -- so I had to go!@ Yet another wonderful charity that Im glad Keanu and Paulie contributed to. Paulie was a terrific goalie, as always. And although he couldnt be there, the jersey Keanu would have worn was up for auction. Talk about a nice surprise to see that #1 jersey! // Unable to stay til games end, but by the time I left, Keanus signed navy/light blue jersey was going for a nice sum. Whoever won the bid has got to be be a very happy camper!

BTW, krix talk about catching somebodys eye, this most recent set of Ke pics once again definitely do! Theyve totally made the weekend better.

I love that pink colouring telling us he's been enjoying the sun somewhere. And in a couple of days' time he'll be beauty brown tanned.

Thanks for the photos, I hadn't seen them before!

i do my pic

Beautiful, one could get lost in those eyes of his. This is the Keanu dreams are made of.

wow! i had ticket to go to game but got this email saying game was cancelled!

Just a quick note to let everyone know that we have cancelled the 2004
Celebrity Hockey Game due to a lack of corporate sponsors. As a small
non-profit organization, we cannot take the risk of hosting an event
without notable financial support.

SCORE continues to receive many requests for financial assistance from
young people paralyzed while participating in sports. We are already
planning for next year, and hope that the success of the 2005 Celebrity
Game will allow us to aid many of these people. Please visit our
website for profiles of our latest grantees (www.scorefund.org).

soo was it actually not cancelled??

I believe that yesterday's event was not for SCORE, but for CFF (Cystic Fibrosis Foundation).

That's sad they had to cancel the SCORE game. A good portion of those corporate funds go unclaimed each year, I wonder what happened here?

wow..... don't really know the corporate strategies of the score foundation! ;-) but i coulda gone to that game... if i didn't get confused about which game it was... ... double drats... at least i can feel good that i did buy a ticket! oh maaannn!!!


Posted by: wanda on August 9, 2004 12:03 PM
What's on your mind?.....
(new here? please read this before commenting)
Remember, this is a fan site.
Keanu Reeves is in no way connnected to this website.
Please do not make a comment thinking he will read it.
Comments are for discussion with other fans.
Thank you.