but baby, you are 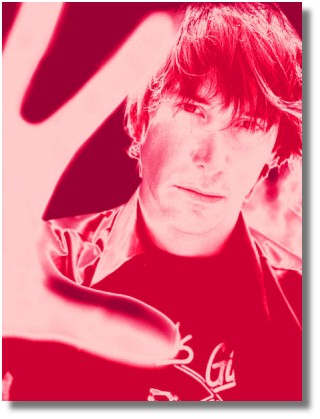 He just has no idea of his appeal, does he! If you were to ask him today if he thought he was a sex symbol, I'm sure you would get a similar response to what he said back then. He is just so humble, and that is just one of many reasons to like him even more! :-)

He's right! What does a sex symbol look like? Is there a check list to find out what it takes? Is it looks alone? I don't think so! For me it's personality, attraction, brains, looks, manners...
all of these things and a lot more. There's a guy with brown hair, brown eyes who's got what it takes and his name is...

Keanu... shut up. Shut up and lie down. Let's just get this over with.

I think that Keanu may not really understand what a "sex symbol" is. A sex symbol represents what the opposite sex looks for in a mate. In the case of women, I believe what we look for is a man who is well-formed, a good provider, a good protector, intelligent, kind, and someone who respects us for who we are, not just what we look like. Keanu IS that, in spades!

Maybe in America, but in Europe it's kissing-skills that count ;-)

I'd never date a guy because he 'provides'. I can do that myself. 'Providing' happiness, love & good sex is much more important. *cough* I think he's a sex-symbol because he seems to be someone who is able to deliver that. ;-)

BTW: Susan, I don't mean to attack you on this, I know you mean well, and so do I :-) And, you're totally right about the intelligent, kind and respectful part :-)

I agree with Niobe, can't define by looks alone...and if there is a checklist, Johnny Depp certainly wouldn't make mine!(I still think he mustuv paid someone or something!...lol...of, course I doubt very much if I would make his either! -- he's gonna punch my lights out if I ever see him at the Viper Room!)

Not exactly a sex symbol, more like a block of marble under the hammer and chisel of a skilled sculptor.

Well, he certainly used a strong word to describe how he feels about the words "sex symbol".

krix, I love what you did with that picture--so cool and beautiful!

oh yeah...sex symbol? I dunno, does that explain why I fall into a speechless daze when I see him? Surely he's *noticed* this happening to women around him? I imagine it's sort of like a "wave" that ripples out from his central..uh..core.

Im not going to be online tomorrow, so Id like to give each and every one of you a big & heartfelt hug and smooches in advance! I know some think its all about gifts and that they hate the day, but well, to hell with all that, I feel affectionate! Todays my chance to give as MANY smooches as I want, and Im taking it!

And a *SMOOCH* extra for Krix

Hope you all have a great weekend :-)

I *heart* Julie!. Smooches back love.

And Keanu, what the heck do you think a sex symbol looks like anyway? Check that mirror again sweetie.

Julie!~
***smoooooooooches back at ya, sweetie!***

Oh, and krix....
I am waaaaaaaaay diggin' that gradient stuff you've got happening. MOST cool.

*warm fuzzy feeling* Overcome by the passion in this post! Happy Valentine's Day!

HAPPY VALENTINE'S DAY TO EVERYONE HERE, ESPECIALLY JULIE! KRIX, AND KEANUETTE.. LOVE ALL OF YA'S.. ya make my day with your comments, your laughter and your friendships.. you guys absolutely RAWK! I HEART ALL OF YOU..
xoxo hugs and God bless Janice

Your are right Lori Keanu isn't a sex symbol he's the real damn thing. Don't get me wrong he has always been easy on the eye's but it's the man inside the exterior that has made most of us swooners weak in the knee's. It's that total package that knocks us over. And most of us (i say most cause there are those who want more) would settle for just a friendship with the man. It's not to often people are blessed with the friendship of someone who knows what it takes to be a genuine friend. Keanu has always been there for all of his friend's in more ways than one. What a wonderful gift a friend is. It's unconditional love at its best. Happy Valentine's Day Keanu! Much love from all your fan's. And of course Happy Valentine's day to all of you and espically Krix. ****hugs****

Well, I don't think there is much to discuss: looking at Keanu ignites lust. In most women. And in some men as well. That's that. No need for philosophical disquisition. ANd Keanu, you hate, I know. But you ARE a sex symbol. Whether you like it or not. Happy St. Valentine

Hi,happy Vallentines day everyone. Keanu will always be a sex symbol, no matter what he thinks,because he is so damn PERFECT>>>in every single way.

Janice you RAWK too girl, I luv ya posts! Hope you had a great day!

Oh boy, he doesn't think he looks like a sex symbol... someone tell him he doesn't have to think, it's enough to be soooooooooo sexy!


Posted by: Leela on February 14, 2004 06:41 PM
What's on your mind?.....
(new here? please read this before commenting)
Remember, this is a fan site.
Keanu Reeves is in no way connnected to this website.
Please do not make a comment thinking he will read it.
Comments are for discussion with other fans.
Thank you.