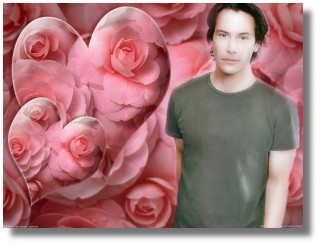 How to say I Love You in 101 Languages

That is a beautiful wall. Thank you. :)

Great wall,
Hope everyone is enjoying this day.

Cool wall Krix, I also love all the ways to say I love you. MY BF loved it when I said "I Love You" in his native Language. (~_^)

Happy Valentines Day Krix. Hope you have a great weekend. :)

Big chocolate valentine's love to all this day! Love the wall, krix! I was looking forward to what you'd do...

Love love love the wall.. Thanks soo much.. I heart Keanu

Thank you for the beautiful wall, Krix! A most excellent Valentine's Day to you and all of the Vision Community out there!

PS: the linguist in me is curious as to where in the tree of languages the Krixian originated? Indo-European - a very long time ago
or just plain
Anglo-Saxon - not quite so long time ago
???
;-)

FYI
Hey!
Did anyone just watch the Euro Men's Figure Skating today?
Brian Joubert skated in a fab Matrix outfit to music from the film. I was blown away!
He was great and right now in first place.
Hope someone taped the performance.
How very nice on Val's Day!

Y'all, I just realized something. In that interview from cosmomen that Krix posted two days ago, Keanu's making a list of spontaneous things to do once he falls in love.

Now let's think about that for a minute. Making a *list* ... in advance... of *spontaneous* things to do.

That is *so* Virgo! God, he's adorable. Isn't it madness that he won't be mine?

is it possible to put me into this picture!

is it possible to put me into this picture!

Happy Valentine's Day everyone! Here's a rose for each and every one of you here:

krix~Beautiful wall! You're *the* master.

And Zenny~Guess what, honey-bunny? I'm looking out my window at SNOW!!!! In Texas!!! Yeeeee! God's little Valentine gift to me!

my favorite flowers is the lys

My love to everyone (though I know you'd prefer Keanu's).

Happy Valentine's for you all! And thanks Krix for the "How to say"... Nothing better than say "eu te amo" for someone today... ;)

That's a cute wall... Thank you so much for that.
And to Mr. Reeves: Bahibak.

Happy Valentine's Day, Krix! (And everyone else here!) I kees you all. *mwah*

to krix and the gang: Happy Valentine's,
ich liebe dich!

Heya, umm I cant see any pictures or downloads on your site at all. I love reading the news :P but I was wondering if I have to join something to see the pics, its probably that my computers screwed though XP
Seeya
- Patsy xx

r.j., snow? Woo Hooooooo! Make a snowman. *gets excited* And a snow angel. And snowballs, and...

Patsy, it has to do with your browser's firewall/security settings. My site's hotlink protection will not serve images to anonymous or "blank" referrers, which is what it's reading you as. I don't know exactly what you need to change in your settings, but that it what it is.

If anyone else has had this problem and fixed it, I'd appreciate hearing how you did it.

I don't know if this helps or not, since I too sometimes cannot see pics on this site (the only site I have this problem with). And I also have a firewall. But I recently cleaned up all the temp internet files off my computer and when I did that, the sliding bar you can move to increase or decrease the amount of disk space you allow for such things went back to the least amount possible. So I increased the amount of disk space. This seemed to help, at least so that I could see the pics the first time I viewed each new entry. However, if I come back to this site more than 2 or 3 times in a day, those pics I saw are replaced with a cute little red X.

So, I have no idea if this helps anyone or not. Or even if this has anything to do with Patsy's problem. It could just be my persnickity computer. The warranty is just about over, so I am sure it will die any day.

Tabitha!
Sorry, didn't see your comment before. I don't drink, because I feel I'm quite goofy-assed enough as it is. I'll happily keep you company though, and I promise not to take compromising pictures of you when you get hammered.

I think it is the firewall, my Dad has all sorts going on at the moment due to hackers attacking every 5 mins. I cant do anything about it though but I'll just have to use my imagination :D Thanks anyway
xx

In egypt they say: Ana oheb

in Romanian it is te iubesc not te ubesk ..

Posted by: danica on February 29, 2004 03:36 AM
What's on your mind?.....
(new here? please read this before commenting)
Remember, this is a fan site.
Keanu Reeves is in no way connnected to this website.
Please do not make a comment thinking he will read it.
Comments are for discussion with other fans.
Thank you.