V. Big Love to the fan that sent these scans from January's Roadshow magazine.. 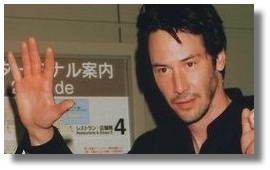 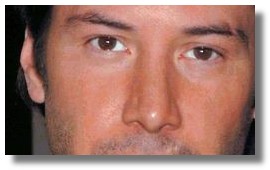 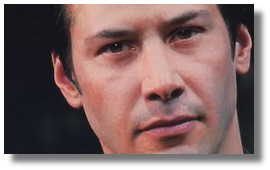 Thanks *fan* and thanks *host*. Hope you're having a terrific weekend krixybabe...

Oh yumm! Thanks! Great buy on Ebay too. I'm shocked that no one else grabbed that up.

=>"thanks" in the language where the Cool Breeze originated ;-)

*no comments* , just to enjoy!

Soooooo niiiiiiice.. Many thanks to you and the fan!! such lovely scans..

How's the bass playing coming along?

A life of full passion, the pictures-expression
*smiles*
thanks

I wonder if Mr. Reeves would like to jam with a female drummer in the Orlando, Florida area. I may know someone...

Back to my hangover...

Bass playing is coming along...err...smashingly one might say.
I actually had Dreamkeanu give me some lessons the other night. Unfortunately, I didn't retain anything but the smile on my face when I woke up (bass wasn't the only thing he taught me).

And Tabitha, let me know if you ever feel like relocating to Vegas. Vibemerchants DESPERATELY needs a drummer and I'd love to have another girl in the band.

Vibemerchants? Did I miss when you announced the name of your band? or am I just such a bad fan that you said it in the post above...

Terrific band name even though I'm slow on the uptake! Glad you're having fun and making progress with the bass playing. I love to imagine those big bass-playing mitts demonstrating exactly where and how..to..uh..*thud*

Yeah, we have a name and a website even, heh.
vibemerchants.com.
There's nothing there yet but a pic of Dave's dog and the one song. I think I linked it in the comments a while back, Nudel.
Practice last night rawked, by the way.

OK, now I really have bookmarked it..

Love the doggie, too!

I love our dear k with all my heart, so I am not saying this against him, but to the person who took the second picture made his forehead look, well um, large. I guess it could be all that deep thinking he does.

Posted by: Angel on January 20, 2004 09:13 AM
What's on your mind?.....
(new here? please read this before commenting)
Remember, this is a fan site.
Keanu Reeves is in no way connnected to this website.
Please do not make a comment thinking he will read it.
Comments are for discussion with other fans.
Thank you.