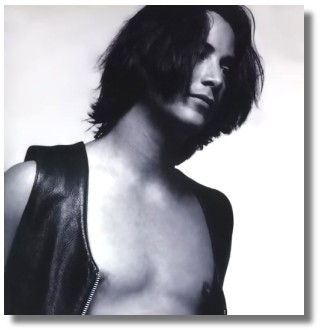 Brezsney tries to corrupt us all this week...


VIRGO (Aug. 23-Sept. 22): I predict that 2004's mysterious gifts will free you from your old self. At least one of your inhibitions will disappear. Attacks of self-consciousness will diminish in frequency and intensity. You'll realize how fun it is to rebel against your antiquated image. The only new taboo you might take on is a taboo against imitating the overused shticks that have worked for you in the past. Because of these explosive improvements in your relationship with brash spontaneity, you may be ready to acquire your *porn name.* Here are two suggestions about how to generate the new moniker. 1. Combine the name of your first pet with the name of the street where you lost your virginity. 2. Go to www.mypornname.com and follow the directions.

In other news, my bass came today (yay!) so expect light blogging for a bit.

I have a terrific brochure someplace for a guitar amp where the front page reads, "I'm hot! Turn me on and find out why!!!"

Have a lot of fun with that new love of your life!

... and my new name'd be Tempest Peeks

My web generated name is "Rhonda Jiggles" I must say I like the pet/street name better. Rhonda Jiggles is way too obvious...

I'm Scamp High with the street thing and Heaven Lick with the computer generated one.

Niobe, there is a Spadina Ave in Toronto. I snapped a picture of the sign when I was there last. Hee! Yes, as nudel would say, I'm 12.

krix, have fun with your new toy! But, don't forget about us.

I love it! I love those androgynous photos.

My heart skipped a beat. This picture helps to explain...

The Beauty that is Keanu Reeves.

using the instructions in #1, i'm pedro rhode island. lol i just clicked on the mypornname site then realized that maybe i better wait till i get home from work before i test that one out... !

I figure if he took it from the avenue in Toronto, it's Spadina.

hmmm...I thought it was your middle name + the street you grew up on, hence mine was always Reed MacFarland (pretty lame); but that could explain Chuck Spadina.

*sigh* When you get to be my age you can't remember the street on which you lost your virginity... or maybe it was all that "pipeweed" in college...

My generated name: "Taylor Treats" ? naaah, I think I'd rather stick with my Hawaiian name-- Ailika!

Hey, another Taylor! My #2 name: Taylor Gutentight. However, I like my #1 name better: Princess Broad. Classy, ain't it?

Taylor Swallow? Summer Diver? Fluffy Oakmont... hmmm, i like elements of all three, but i'm stickin' with the last one, pet and street. way cool, krix, now go on out there and rock da house!

Allow me to introduce myself...

I got Raquel Hunter.. but I like the other version better... Smokey Banning LMAO ;)

Posted by: Catz on January 16, 2004 05:39 AM
What's on your mind?.....
(new here? please read this before commenting)
Remember, this is a fan site.
Keanu Reeves is in no way connnected to this website.
Please do not make a comment thinking he will read it.
Comments are for discussion with other fans.
Thank you.