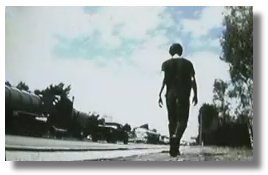 I suppose I should try and be more organized this year. I still need to sort the thousands of image files on my machine, but I really feel it's time for a replacement anyway, plus what I really need to do is spend a little less time on the computer, because I'm starting to develop a little wrist/hand thing in my mouse hand.

See? This is why it's pointless for me to make resolutions.

If I do, I am going to follow skits' lead and make ones that are easy to keep.

...that (aaaKR) is one promise I'll surely intend to honor... tho I'm not the "making a resolution on New Year's Eve"-kind of girl either!

My resolutions now that I'm in my 30s have gotten very practical and prosaic. In previous years I've vowed to go to the dentist more, and watch my posture. That's aiming pretty low. I think this year I'll just aim for the usual "lose a couple pounds and don't cut the hair."

I think I'm also going to resolve to spend more time on this website, where people are so much nicer, and less on the political websites where we tear each other to shreds.

Wow, that is an admirable resolution. One that I think we all can keep.

And since I have become addicted to the Keanu-luv on this site, may I make a suggestion regarding your wrist/hand thingy? Get a pair of those Chinese, um, love balls and roll them around in the palm of your hand, clockwise and counterclockwise. My physical therapist taught me this when I too developed a wrist/hand thingy.

This exercises the muscles in your hand and wrist, thereby enabling you to avoid a more serious wrist/hand thingy, thereby guaranteeing more Keanu-luvin' on this rawkin' site.

(Yeah, I really had an ulterior motive, didn't I?

Melissa? when I imagine krix rollin' those Chinese love-balls around in her hand...OMG...I know just what she'll be thinking about! *steammmmmy*

I'm a resolution-loving person myself, but I can totally relate to Krix's Excellent Resolution and will add it to my list.

We love ya, krix! Take care of those hands...

Yeah, that is just an ADDED bonus! LOL!

Melissa = Kink-EEEE ;) Girl, are you absolutely SURE those are for your wrists??? Just kidding.

Well....that "Be clean of mind and thought" resolution was just blown to hell. Thanks a LOT, Melissa! :)

Well, I could have mentioned the rubber pull toys... (which by the way are medically acceptable also!)

I never make resolutions! Every day is a new opportunity, isn't it. Plus it is crowded at any gym in January because folks love to delude themselves.

Of course, I don't care much for my current road and I will be 39 in October so maybe I will make some resolutions in September. You know, kind of like Scrooge on Christmas Eve; 'I can chaaaaange' :-)

Well, I quit smoking on June 20th, so maybe that will be my date for change.

I *cough* don't have any ben-wa balls, but I do have the little squeezy thing (it's eyes wiggle!)that Julie sent me. I shall squeeze it and see if it helps.

Thankfully, it's not my left hand, because I'm off to play guitar tonight.

krix, I have a set of ben-wa balls, and would be glad to send them to you. I bought them because they were in a pretty crystal box. Then I found out what they were for, and they've been in the back of a drawer underneath the latex thong and three seasons of swimsuits ever since.

(Have I mentioned that my mom makes unexpected drop-in visits...?)

I feel quite sure that we'll all manage to keep our resolutions this year. ;) Gosh, I'm so proud!

I just watched, for the first time, the special features disk of the Matrix Revisited. These are the first extensive interviews I've seen of K. You guys are right; he really talks with his hands a lot. He's very expressive and sparkly, which hasn't come across very often in his films. I suppose it's the roles he's playing.

I'm with you on the resolutions thing.

I've got RSI from work, not from being on my home PC!

Thanks for the offer, SeaSing, but you hang onto those ;)
I stopped at the pharmacy and picked up a wrist brace tonight, I think it's going to help.

i resolve to have a better life this year, by any means necessary. these are more like plans/predictions than resolutions, but i will: get a new job, buy a house, move to a city i love, meet new friends, get my dog back from the ex, and get my man (that last one is almost an impossible hope, but i still have to list it). oh, and of course continue to seek out everything keanu does, maybe even try to see becky sometime. :)

I looooooooooooooooove this resolution, I so hate the I suck feeling I get after blowing one whether large or small and this one sounds peachy.
ps I think you should help out seasing with her delima and thanks for the headsup about reeves being on leno....will this be the third time???? coolness ; )

Don't smack me, but I think the Leno airing was last night's late night repeat that they show at, like 3am. I was up and watched it. He's just as cute the second time around.

Now that's an easy resolution to keep! I've made very few resolutions this year, and those are easy ones too.

Not much to resolve anyway. I never smoked, I hardly drink at all, and I already have a healthy diet. So there's nothing to quit.

Ugh, how respectable that sounds! The truth is that I LOVE anything containing alcohol, but alcohol don't love me back... *sniff* After 1.5 glasses of wine I get little beady eyes and start yawning and then...zzzzzzz. (Very sucky. That's what high metabolism does sometimes)

I resolve to give and receive much love this year. And to be just as positive and upbeat as I was last year. Should be able to keep those, I think.

Oh, and I promised myself to post more and lurk less on Nettie's site... that one I'm going to keep for sure.

On a slightly related note... what's up with the hiatus on krix.org? Have you gone into hibernation, or...?

Just a break for the holidays, too much to focus on both sites.

Posted by: krix on January 2, 2004 03:01 PM
What's on your mind?.....
(new here? please read this before commenting)
Remember, this is a fan site.
Keanu Reeves is in no way connnected to this website.
Please do not make a comment thinking he will read it.
Comments are for discussion with other fans.
Thank you.