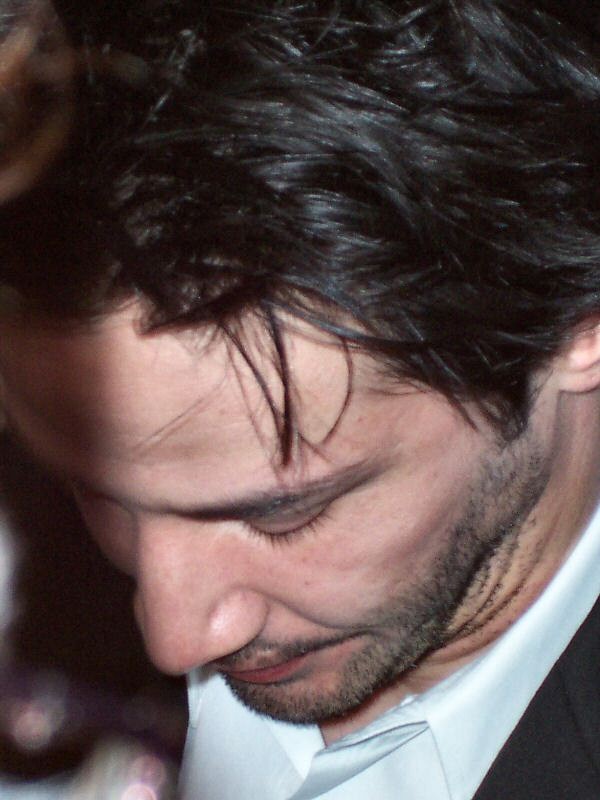 This picture (from KeanuWeb) makes me want to run my fingers through his hair.

Well, it should be a word. Maybe you can start a new, hip dictionary. The Webster's New krixlish Dictionary.

I just thought someone should know....

...if krix really did start a new dictionary inspired by a Special Someone's personality and his ethereal and otherwordly good looks, shouldn't he at least deserve a honorary mention in the title, as in the Reevster's new Krixionary... oh well ;-), you get my drift?

I want to run my fingers through his hair in all the pictures. On top of that, this one makes me want to hold his face in my hands and kiss his little ear, and then the eyebrow and the tiny scar.

Rrowwwrrr! Zen, I think you speak for us all... there is something about the "unstaged" pictures...*thud*

I was just looking at the pic this morning.

luv the hair!...*smiles*
and, of course, since this pic meets the krix seal-of-approval,
definitely good for what ails ...
...ya!!

***sigh*** thanks for the large version of this lovely pic.

Posted by: Bethanie on December 29, 2003 01:31 PM
What's on your mind?.....
(new here? please read this before commenting)
Remember, this is a fan site.
Keanu Reeves is in no way connnected to this website.
Please do not make a comment thinking he will read it.
Comments are for discussion with other fans.
Thank you.