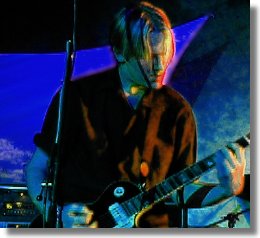 Remember a week or so ago when Bret did that radio appearance on Las Vegas talk radio? Well, I had my friend Dave digitize the recording. It's about 20 minutes long, broken into 4 seperate mp3 files. And yes, that's me being an utter nervous dork on the line. But at least I knew something about the band, unlike the other callers. Be warned, the hosts are jackasses, but Bret is charming as ever and has some interesting Dogstar tidbits.

To download the mp3 files of Bret's radio interview from August 21, 2003 - KLAV 1230 AM radio - Las Vegas:
Please right click and save each file below to your own hard drive


I will be posting the link this entry in the DogstarFans and Bret egroups and on the Dogstar Message Board. If you would like to spread the word to other fans that might want to hear this, that's fine, but please link to the entry, NOT directly to the files. And again PLEASE DO NOT STREAM the audio, right click the link and save it to your hard drive.

You Rock.. you and Nettie should be made into Goddesses :) hugs and God bless Janice and THANK YOU!!!!

dudette, you so did not sound like a dork, sigh, I wanna see em again so much!!!!
dogdudes, ya listening?

I'm loving it, I'm on the second file. Now wait, didn't he refer to Dogstar when he was telling you that they were working on some new songs and hopefully can go play Vegas??

I'm on the fourth one now. Sounds okay really, I mean hs just said they, Dogstar, have 6 new songs already but that they're just waiting to find time to do the others. I'm encouraged I think. The whole thing so far is about Dogstar, and no mention of a breakup, all sounding very much like they're still a band.

holy shit, the man stopped my heart with those comments about why they called the last cd happy endings, I mean the one thing is ummmmmm cool, but the other like being the last cd, jaysus, how many times did folks ask them that in online chats???????????????? but I guess by then maybe that feeling had passed, whew.....downloading the last part..some very interesting tidbits ; 0
lovin it

Yes, but I've heard this thing about Caesar's for over a year now, and I don't know who the booking agent is talking to, but I'm pretty sure that there is not an appropriate venue for a rock show at that resort. There's the big theater they built for Celine Dion and a couple lounges. I can't imagine Dogstar playing Cleopatra's Barge!

If I hadn't been so stupid and nervous, I could have gone all Katie Couric and asked the hard-hitting questions, but all I could do was gush!
I just adore Bret so much.

dearest krix,
thanks for putting that up for us, you come thru with flying colors....mc hammer eh? whoa bret with grace under pressure and you could just hear him grinning, again thanks ; )

Yes thank you a bunch, I just finished listening and will go back and listen again, just in case I missed something. I love hearing that voice again.
Too funny what he said about Keanus clothes and dry cleaning. hehehe I heard him say the next cd they do will be on their own label.

Downloading!Dogstar will survive! I've never had doubts about it...but it's always nice to hear.
Sara

Ooooh, I haven't listened it to the interview yet, but Krix you're the best!!! Thanks!! :O)

Krix you didn't sound like a dork at all...those guys sounded so dry in what they said...BORING!!! You should have been the host...

Krix, you did fine! :O) Not dorkish at all! It's the hosts who were annoying. Trying to be funny and NOT letting Bret finish a thought or sentence! It really bugs me when people do that (interviewers etc...). It's like there's no respect in the listening, they're just trying to be "funny" (operative word is "trying" here! LOL) and talk about themselves. I mean, how many times did we have to hear that the guy (host) was a comedian?? Blah, blah, blah... Yeah, we got it. (Yes, I know I'm being snarky today. Sorry!) You did good and I'm proud to be a Krix/Keanuvision fan! Thanks again! :O) P.S. Happy Birthday Keanu! May your b-day be filled with beauty and love! :O)

Thanks krix... and thank Dave for us too for helping you!! Somehow, I got mixed up with time zones and missed it. You are a kind, wonderful, and thoughtful human being.

And some day people are going to write songs about you! Sorry Mel, I couldn't resist! :OP It's a line from "Speed." :O)

Thank you Natasha for recognizing that... it was completely intentional.

Thanks krix. Just listened to it. You DO NOT sound AT ALL like a dork. Unfortunately, I can't say the same about the others. Bret however, was a sweetie. :)

I have an uncanny knack for pointing out the obvious! :) Great quote! One of my favorites from 'Speed.' :)

OK, the bandwidth from these is killing me, so I've moved them to my other space.
Again, PLEASE do not link directly to these files from off-site, and please do not stream.

Posted by: krix on September 3, 2003 04:11 PM
What's on your mind?.....
(new here? please read this before commenting)
Remember, this is a fan site.
Keanu Reeves is in no way connnected to this website.
Please do not make a comment thinking he will read it.
Comments are for discussion with other fans.
Thank you.