The Myth of Room Service 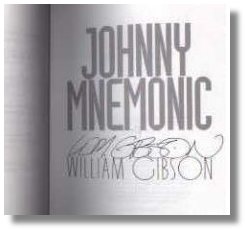 I don't quite recall where I originally heard that the "I want room service!" monologue in Johnny Mnemonic was improvised by Mr. Reeves (I even mentioned something about it in a comment on the Backlot). Just another piece of Keanu Lore, I suppose.

Anyway, Willliam Gibson says this about that speech in today's blog entry:

The "I Want Room Service" speech: Keanu asked for something a little more projective, for this scene, so I sat up, one night, in the hotel on Avenue Road, writing this speech out, longhand, on a yellow legal pad. Delivered it to the set in the morning. Keanu and and Robert Longo both liked it, so I went back to Vancouver. They went off to Montreal, shortly after, to shoot the under-bridge exteriors. I don't remember when I first saw what they did with it, but I had written it imagining Johnny hissing it petulantly into Jane's face, up close, eyeball to eyeball, and the declamation from atop a gomi-mound threw me for a loop. It took a while to get used to, but eventually it became one of my three or four favorite scene in the film. It's Johnny's infantile self, pure and simple, and the plummetting VW-carcass full of Molatov cocktails is like a wake-up call from a universe rapidly losing its patience with him.

I tried to find the discussion thread that he wrote this in response to, but I don't think it's this one. I'll have to look deeper later. It's Friday night and I'm trying to leave work.

Thanks to Scott for pointing me there.
----

Mr. Gibson talks more about JM in this entry.

I like my Johnnie M DVD -- a whole, whole lot --
and I love that "Room Service" scene,
'cause in the cosmic scheme of things I can truly relate.
(What gets me is that it's soooo not-Ke,
and that makes me relish his performance in that scenario even more. *heartsmiles*)

yeah, almost the best part of the film... johnny is really starting to break down, to change at his core, in this "projective" scene.

I watched this for the first time this weekend, and wanted to start cheering when he asked for room service!

Its maybe the worst scene of the cinema of 90´s.
Pathetic


Posted by: werder on February 21, 2004 03:42 PM
What's on your mind?.....
(new here? please read this before commenting)
Remember, this is a fan site.
Keanu Reeves is in no way connnected to this website.
Please do not make a comment thinking he will read it.
Comments are for discussion with other fans.
Thank you.