He blinded me with science 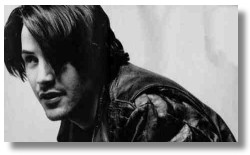 From Rob Brezsny's Free Will Astrology


VIRGO (Aug. 23-Sept. 22): "Who am I? Where did I come from? Where am I going?" Philosophers long ago stopped trying to solve these questions, says biologist E.O. Wilson, believing them to be unanswerable. Scientists subsequently stepped forward to fill the vacuum, and now act as supreme arbiters of the mysteries that once belonged to philosophers. I regard this as a loss. Though the scientific method is a tremendous tool for understanding the world, many scientists refuse to use it to study phenomena that can't be repeated under controlled conditions or that can't be explained by current models of reality. And I say it's impossible to explore the Big Three Questions without taking into account all that stuff. Which brings me to the crux, Virgo: Your assignment in 2003 is to bring the disciplined objectivity of the scientific method into areas of your life that are invisible, subtle, secret, and soulful.

I've seen this pic before, and I always think he looks like a lion on it...
Scientifically speaking, that might be caused by the poster I had as a kid of that 'fierce beast', taken at excactly the same angle. Hmmm. I wonder why I feel like letting out a great big roar all of a sudden... Growl!

I have a thing for pictures of him looking upward. I don't know why.

julie, i'd rather hear keanu let out the roar, in a fit of passion, if you know what i mean! and krix, I KNOW WHY!!!

Posted by: on January 8, 2003 12:50 PM
What's on your mind?.....
(new here? please read this before commenting)
Remember, this is a fan site.
Keanu Reeves is in no way connnected to this website.
Please do not make a comment thinking he will read it.
Comments are for discussion with other fans.
Thank you.