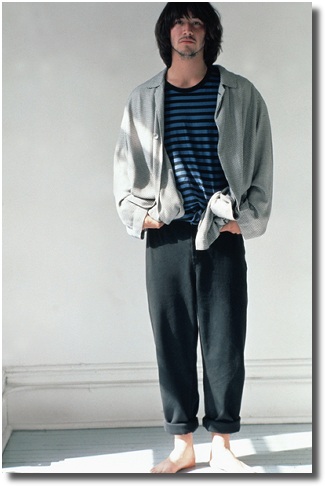 VIRGO (Aug. 23-Sept. 22): Eminem recently received a tribute from the Raelians, a UFO cult that preaches nonviolence. They bestowed the title of "honorary priest" on the hip-hop star for his anti-war video, "Mosh." Was he proud and pleased? I doubt it, though he and his camp had no comment. I imagine you'll soon be getting a similarly meaningless "reward" or unwanted recognition for your good work, Virgo. Don't get mad about it. Don't let it stir up your old fear that you will never get the understanding and appreciation you deserve. Instead, have faith that what I'm about to predict will come to pass: It may take a while, but you will eventually receive a truly gratifying payoff for your recent breakthrough.

I'll give him a reward alright! LMAO!!!

I was just thinking, after hearing about The Night Watchman and Il Mare, and looking over my collection of his films, of how varied his career has been and how many major directors, as well as indie directors, he's worked with. I can just see the Academy giving him a "lifetime achievement" award when he's 70 (and still looking gorgeous!) just because the penny has finally dropped... still keeping my fingers crossed that he will get some real recognition before then!

in retrospect, people will look back and they will see the strenghts and subtleties of his work... they will get it... he is not Ted, he played Ted... REALLY WELL!!!!

mr reeves has always been diligent, honorable, kindandloving, giving of what he has, a true team player

I agree with you, Nudel, let's start a real recognition petition now!
It won't get us far though, as the object of that petition refuses to do the right thing,
i.e. wasting his time with the industry powers-that-be...

Thankfully, one needn't be a "dude" (shudder) to be occaissionally swoony.

Even console cowboys look down on dudes.

Now I'm off to sell that title to Tom Robbins.

Posted by: V. on January 22, 2005 01:09 PM
What's on your mind?.....
(new here? please read this before commenting)
Remember, this is a fan site.
Keanu Reeves is in no way connnected to this website.
Please do not make a comment thinking he will read it.
Comments are for discussion with other fans.
Thank you.