I couldn't decide on a picture to go with this, so I went with SHIRTLESS 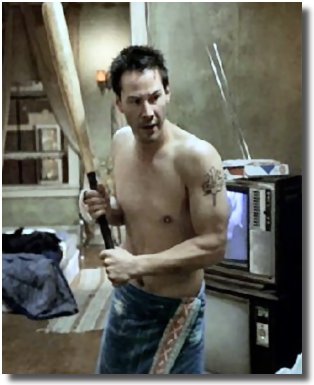 VIRGO (Aug. 23-Sept. 22): Nothing could give you more power over your fears than a Halloween devoted to impersonating your fears. That's why I suggest you get yourself a costume that will let you pretend to be what you're most afraid of. If a nuclear explosion is your greatest bugaboo, dress up as a mushroom cloud. If your boss is the source of your most primal dread, become him or her for a couple of days. If you're terrified of being exposed as a fraud or descending into poverty or losing your good looks, dive into the heart of that scary experience.

Some of my favorite quotes on fear:

"Some people are brave, others are just too stupid to be afraid" - Philip Breeze

"No one loves the man whom he fears." - Anonymous

"fear of God is the beginning of wisdom." - The Bible

...you are dressed right for the party. Happy Halloween Virgo!

a little bit off topic, but krix, how do you do it? i spend last night with doing just same frames.
i´m libra but: dive into the heart of that scary experience *omg* - hope to be the good swimmer!

sounds like something someone would tell me to do .....love the pose... ;p

*first thought in head* There was that one picture where he has a t-shirt on his head. That was a good costume picture.
*second thought in head* Are you insane? He HAS no shirt in this one! NO SHIRT!

and the BAT makes it all World Series relevant too! Yay krix!

have to say one of the sexiest pics of him ever.
have not been myself last couple of days, but
conor satisfies is right... nice bat nice bat!
the world i s heart shaped!

I couldn't decide on where to post this...
so it went here because of the bat:
slightly off topic
I looove the Halloween Mr Sidebar.
You're early with this one!

Kids calling out the phrase "Trick or treat!" at Halloween has been going on for years. But did you know this tradition came about as the result of a very old European custom where beggars went house to house begging for "soul-cakes" in return for prayers? It was believed at the time that the more cakes/prayers were acquired, the less likelihood evil would come about. This old tradition has evolved, until today the phrase is representative of children's screams for candy as an exchange to appease ghost/goblins from playing tricks.

...I love what you've done with the site Krix, very festive!

I know that it must seem silly to you, but what is the tatoo???? And can you imagine a gush of wind in the room, lol!!!!

i am just drinking this in with my minds eye
and
something about doing the laundry(especially the towel) is coming to mind as well as i am reminded of being an honorary bat girl in high school... stunning

Posted by: wanda on October 29, 2004 03:06 PM
What's on your mind?.....
(new here? please read this before commenting)
Remember, this is a fan site.
Keanu Reeves is in no way connnected to this website.
Please do not make a comment thinking he will read it.
Comments are for discussion with other fans.
Thank you.