ok, so now it's tuesday 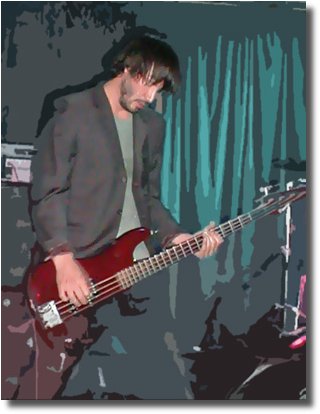 It's no longer Monday, so even though real news is scarce I feel compelled to put something here (of course, like an idiot I put "Tuesday" in today's title so I won't be able to slide tomorrow, either. Gah).

Let's see.....the official becky site has a message board up. It's different from the previous incarnation but already hopping with activity.

Hopefully there will be some new shows soon!

One thing the new site doesn't have is audio, something I know a lot of fans miss, especially new ones that weren't around when Paulie was doling out mp3's like candy on the very first becky site. Fortunately, you can still listen to Oblivious, Vanishing and Evangeline over at becky's MySpace profile page.

(also, you can add The Vibemerchants to your MySpace friends as well!)

Over here it will be Wednesday in the blink of... two eyes ;-)
Looking forward to a growing VM MySpace presence
though I won't ever desert the Merch's site...

Yes, the glimmer of a potential becky show looms on the horizon, giving hope to those of us who are so very tired of nothing actually newsworthy to post. You've handled this situation with great artistry, as usual.

Those were the days...

yes
now i mean - well, nice, good, fine, great, super...
ehm, what? of cource everything here - pic, comments, chics..
sorry, i´m absolutely off topic, but it is necessity for me to say that it´s absolutely awesome to be (2 days) one year younger that Mr.K., isn´t it?
well, now i´m ok yet, so...
i´m looking forward for new show (too far from me), new films ( too long to wait for them), new experiences (not too old to enjoy them!!!)
krix, you rawk!

Yes, those were the days when Paulie was throwing out the songs like candy.. but now I am patiently waiting for shows to be announced as well as a new cd to come out..

they must be working hard too!!!!

they must be working hard too!!!!

i hope that my critics are contagious and my sincerity too.i m your poor cendrillon.do you want to be my prince, mr keanu soul?

Posted by: CHRISTELLE on September 29, 2004 07:49 AM
What's on your mind?.....
(new here? please read this before commenting)
Remember, this is a fan site.
Keanu Reeves is in no way connnected to this website.
Please do not make a comment thinking he will read it.
Comments are for discussion with other fans.
Thank you.