Ah, Eddie Kasalivich. With your slavic last name and your college degree, you're the type of boy I could bring home to meet my father. 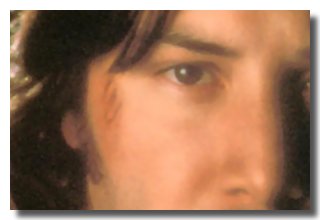 How I love your scruffy, bulky, machinisty goodness. 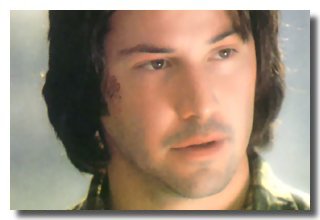 I love you so much Eddie, that even though your movie kinda sucked, I still defend you and your ability to outrun a massive explosion on your motorcycle. Even if it involves yelling at Roi to "shut up and get out of my car!" 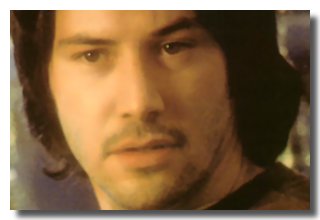 Your breath smells of sardines, and you're sort of a slob but you have good taste in winterwear and I still and always will hold you in a special place in my heart, Eddie.

That's why it's so sad that you grew up to be a serial killer....

oh, you know Eddie is also quite special to me as well. these kpics are beautiful, krix. i think i see a tiny bit of my eddieshirt in that last one!

That first pic did look a lot like David to me.

I love me some Eddie! Thanks so much, krix. I'm still working on feeling the David love though...

Whoa! Krix, you are a rocker! Way cool! I'm a musician, too, but I do more mellow R&B stuff. Thanks for the welcome, I'm happy to be here. This site rawks! :)

whoa! this has inspired me! i'm finally finally makeing a purchase with my amazon gift cert and i wonderif you can guess who's movies i'm catching up on purchasing!!!!

any tips on what to add to my ever building keanu kollection!??

all of them, wanda, all of them... I've learned to love the Bill & Ted movies, which I didn't like much the first time I saw them. And I like Chain Reaction, I thought it deserved better reviews. The Replacements is a big favorite, and Hard Ball. Lots to choose from! Not to mention the Matrix movies, my favorites of all time, and Something's Gotta Give, the Movie Made Just for Me... And The Gift..

I could go on and on...and I did, I have a monster stack of DVDs and VHS tapes I've bought in the last year...I haven't been disappointed yet.

My most recent fave is The Night Before... especially the dance scene. :)

Oooh! I love The Night Before too, defiant! So sweet.

krix, this post is so good I almost feel guilty for finding Eddie too, um, full-figured for my taste. *lowers head* Sorry Eddie.

Tune In Tomorrow is a favorite. Also, A Walk in the Clouds, and River's Edge.

...and Much Ado about Nothing...and Buddha...awwww

@ susan: oh, maybe I'm mistaken. I thought David was the name of the character in Watcher. That's what I was trying to make reference to.

I've never seen Tune in Tomorrow, Permanent Record, Prince of Pennsylvania, or Freaked. I think I've seen all the rest, though. I keep hoping one of them will come on cable some time as my movie budget is depleted for awhile. Any of you ever seen these on television?

David Allen Griffin is the maniac in The Watcher, and i usually refer to him as Griffin. He's sexy in a predatory, scare-the-hell-out-of-you way, but the movie's not my favorite. i prefer still photos of Griffin to watching him in action, though that crazy rabbit dance scene is pretty damn hot. so defiant, if you loved Winston's dance scene, you might like Griffin's as well (totally different, though, not a hint of sweetness to be found in the latter).

ah Zen, that's one thing i LOVE about Eddie (and one thing he shares somewhat with Shane, whom I could just eat with a spoon) -- he's such an everyguy. no perfect body there, just goodnsolid. better for the Chicago winters, too!

these comments and this post have inspired me to dig out those keanumovies and start watching them more regularly again. since i moved back to NC, they've been in boxes. i've only pulled out the Matrix Trilogy, as i must have my Neo. but geez, i miss all these other guys now. thanks, all!

Welcome, Defiant! Glad you found this site. Krix is fantastic and so clever and you meet such great people here! Great people with great taste!

Do you play bass like Krix? One day I will play bass in a funk band, even if it takes me until I am 60 to get up the nerve....

I have noticed that I'm somewhat in the minority when it comes to the weight issue, but while I also *love* Shane, I prefer the Kevin, Nelson, Connor, Neo, Julian range.

As for movies, I really love Feeling Minnesota, My Own Private Idaho, River's Edge, and I never tire of Hardball. Ask me again tomorrow though and I may have others.

yes, Jjaks really is my all-time favorite keanucharacter (aside from Neo, who is, of course, in a league of his own). our Jjaks carries a few extra pounds himself, especially compared to Kevin or Nelson. FM, Hardball, and The Replacements are probably the keanumovies i've watched most often (once again, aside from anthing Matrix).

And Eddie's my chunky monkey.

I'll put in a vote for Perm Record and Prince of Penn as "must see's", defiant.

@Jude ...Johnny is going down beautifully well...and of xourse all the more when making love...makes my hair stand on end...
@defiant.. just have seen a small number of Keanu movies, I am still a very beginner compared to many others here, but then here in Germany we are always one step behind..sigh...
;-) and true, I am glad to have found this terrific site!love

@Tawny: No, I don't play bass but I do play keyboard. I mostly compose and sing, though. I'd love to learn to play the bass. And I'm looking for a bass teacher who is about 6 ft, plays hockey, rides a Norton and was born in Beirut. You know anybody? ;)

@Jude: I'm not a JM fan at all. In fact, I consider that movie the test of true fandom. That's how much I really don't like it.

Oh yeah, back to Tawny... I agree, Krix is VERY creative. I've read some of her posts before. She's an excellent writer and creates very vivid images, too. I would guess she has an amazing sense of humor. Would love to hear her band play sometime. :)

wow! love krix's creativity.. but it seems (to me) that people who are attracted to the keanu vibe are very creative and interesting...

those are all great suggestions ...i've seen most of them, but i'm also into building my permament collection now...
i just ordered...(smilingly says)
walk in the clouds
ultimate matrix collection (preorder)
the gift
and b&t bogus journey

i think he's done some great work(understatement) and the keanu is (i've said this before) just hitting his stride...my K sense tells me that there are many amazing scripts in store for him...

my fav scene in the watcher is the taupe honda chase scene and the police woman named wanda! woo hoo!
of course i saw it about 5 times uuummmm...it's a keanu movie!

@jude - i love JM! go figure! i just do! what do i love about it? that's an idiosyncratic list!probably mostly because when it first came out i rented the video for a weekend while i was a bit under the weather in bed with a cold and just kept rewinding and playing for 2 days! good company.

the weight issue... he is just sexy at all the weights i've seen!
he is my current inspiration, actually, to get myself in better shape. i could do better.

I love Keanu's eyes. They twinkle. *swoons* Don't you ladies think so? ;)He's so adorable in that movie. Too bad Chain Reaction is crap. *sighs*

Yeah, and don't even get me started on his booty. LOL

@te ke - you are so right! In I love you to death he is so funny and in Dracula´s love scene he is gorgeous. I like those movies a lot. ;-)

I read somewhere that Eddie Kasalavich was originally written with a wife & child but somehow the family got cut. I love Ke in CR & the first speech about the utopian energy ideas is uplifting!

Posted by: Janice Zembrzuski on September 21, 2004 06:33 PM
What's on your mind?.....
(new here? please read this before commenting)
Remember, this is a fan site.
Keanu Reeves is in no way connnected to this website.
Please do not make a comment thinking he will read it.
Comments are for discussion with other fans.
Thank you.