I'm not sure, but it sounds interesting..... 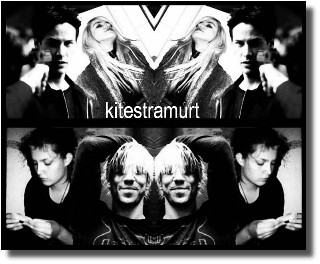 This is pretty damn confusing.

But hey, all in the name of art, right? So have you seen it? I stay away from all parodies, fanfilms, etc. but then I used to say that about fanfic so who knows...

No, I haven't seen it. It doesn't sound like a parody or fanfilm, though.

"girls playing roles of men in an amasing way in which it cant be understood insulting (you know, Reeves and Kiedis being girls or any kind of wrong impression)"
I wonder what can be insulting in being a girl!!

I read about this before somewhere, but I thought it was a play. Maybe I'm thinking about the Matt & Ben one.

Wait now I'm confused where is it? Where do you see it? Whaaa?? Sounds kinda interesting though...

As I understand, according to the link, it can't be distributed due to the copyright concerns of the edited-in clips. It was just made as a project. I've contacted the person who put up that page, but have not heard anything from them yet.

krix! you did not mentioned changing of hair color?(to blond)

Posted by: vika on August 27, 2004 10:50 AM
What's on your mind?.....
(new here? please read this before commenting)
Remember, this is a fan site.
Keanu Reeves is in no way connnected to this website.
Please do not make a comment thinking he will read it.
Comments are for discussion with other fans.
Thank you.