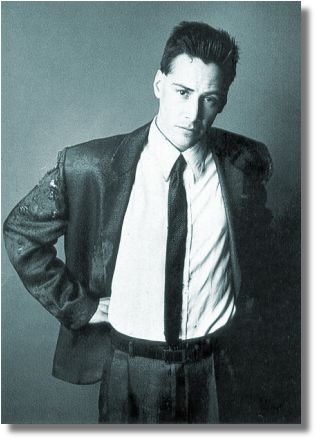 "Expect gigs as soon as July."

WhoooEEEE!! This is so very exciting! Promise you'll remember all the "little people"!

Congrats on officially having a drummer! That is great news! Welcome Brittany!!
I saw a display with those Red Bull 4 packs on Saturday at the grocery store. I didn't realize they were a new thing. I must admit that I had never seen them before, but when I saw them on Saturday I did a double take and immediately though of you Krix! :)

"...which is fine as it allows me to keep up the tradition of NEVER, EVER buying People Magazine."
LOL

And Niobe, I'm drinking *actual* Champagne! Well okay, not the "real" one from France. But it's German.

If Ashton Kutcher is on that list, I would buy People Magazine.

I AM almost out of toilet paper, after all...

I do NOT want my precious despoiled by those greasy, grimy, cheesy creatures at People magazine. Let them overlook him every time. Their eyes are not fit to gaze upon my darling little celery stalk.

*picks up virtual glass of champagne for toast*

hmmmm...how about gigs in October..! *wink* Congratulations, vibemerchants!!! This is terrific news. Oh yeah and all that other news is OK too.

Wow, this is cool news! Congratulations to Vibemerchants on getting a drummer, and such a lovely one too. And gigs in July...! Lots of succes, girl.

Over here in The Netherlands we're celebrating Queensday (= the birthday of our Queen) today, so I was feeling rather festive already... I'm even dressed in orange and drinking Oranjebitter for the occasion! Er, just kidding... I'd rather join in the Champagne-drinking that's going on here!

But eh... *beams with winning smile* ...how about that list of Vibemerchants long-distance groupies? Does it read 'Maddi' somewhere? And if not, um... where do I sign up?? ;-)

Now we have to all get Vibemerchants T-shirts (with Sadie on the front) and follow you guys around (Well, some of us aren't so good on the following around thing or we would have met you at Becky events by now). We'll start a lifestyle. Vibemerchants, uh..., customers? Dead Heads had the sixties we will take over where they left off.... Yeah. I'll be at the show when you come to Georgia. :-)

Oh and People Magazine... WTF??? But he seems to be too beautiful and too hot for any of those list things anyhow. Maybe they realize his beauty is immeasurable and un-rankable.

We [your groupies] can be called the Vibe Tribe!
And we'll all have to imbibe [Red Bull]. :)
And when you have cut a CD, we'll subscribe.
That's about all the words I can think of that rhyme with vibe. :D

Celery stalk?? lol. Yeah, congrats to the one on his much deserved award. Oops, hey I think the spiketv link is broken- maybe it's just my browser, but I think it takes you to www.spiketv, w/out the dot com. I'm so angry right now because my month old computer's hardrive just died and I hadn't thought to back it up yet (how stupid is that??) and all my recently collected pics of Keanu are GONE!!! I have to start over, and as for my digital cam pics... there's no hope for those anymore :'( snif sniff

Posted by: Cornflakos on April 30, 2004 04:24 PM
What's on your mind?.....
(new here? please read this before commenting)
Remember, this is a fan site.
Keanu Reeves is in no way connnected to this website.
Please do not make a comment thinking he will read it.
Comments are for discussion with other fans.
Thank you.