boy in black and white 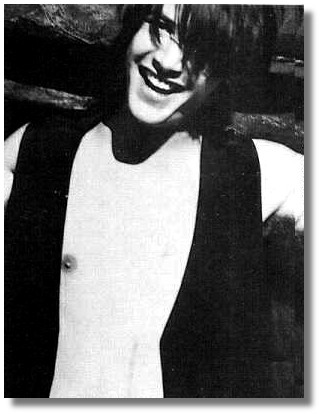 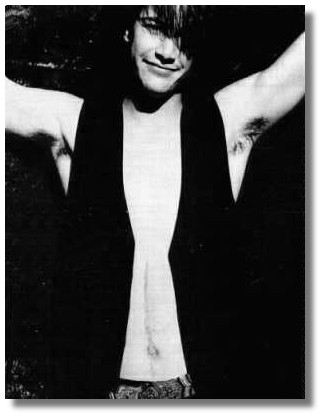 I found these buried in my files from 2001. They're not the greatest quality, but they had that "new to me" feel. I can't remember where they came from and have no idea who the photographer is.

Wow, those are new to me too. I didn't think that was possible anymore.

That's the only good thing about being relatively new to the keanu-love!

Actually, I was poking through *your* back vaults and found two old b&w walls featuring very young Keanu faces. The pictures were from a supply of old magazines or something from ebay. They were sweet!

i can never get past the OMG factor!
love, wanda

quite a few OMG's most definitely in order!
:)

Where can I find the Becky CD?

Posted by: dawn on April 27, 2004 10:10 AM
What's on your mind?.....
(new here? please read this before commenting)
Remember, this is a fan site.
Keanu Reeves is in no way connnected to this website.
Please do not make a comment thinking he will read it.
Comments are for discussion with other fans.
Thank you.