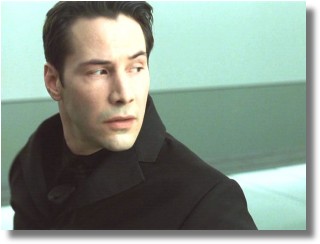 VIRGO (Aug. 23-Sept. 22): [Note: In the spirit of the epic yet mysterious turning point you're at, Virgo, I'm providing you with an extravagant yet cryptic oracle. Read it with the nonlinear side of your brain.] Your escape from the false "home" is imminent. Are you ready to change about 10 percent of your mind about who you really are and 20 percent of your mind about where you truly belong? Regard it as a lucky sign if the prospect of fresh freedom rouses an ancient fear. It means you're close to finding the lost key to the kingdom of childhood, which is also the key to the secret garden of adulthood.

hmmmm...does that mean he's getting married? (my nonlinear mind at work)

Haha, I've had that picture in draft since April waiting for an entry to use it. Check the entry # in the URL against the one before it. Very non-linear.

well...between venus/virgo and sun/libra...Using probability theory, mathematician J.E. Littlewood calculated that most people typically experience a miracle at a rate of about one per month. In my experience, that estimate is high. I think the average is closer to one miracle every seven weeks. But you Libras can disregard this speculation completely. The astrological omens suggest that the next four weeks will bring you at least four and as many as nine amazing synchronicities, supernatural interventions, and wondrous mysteries.
hhhmmmmm indeed!!!)))

Wanda, please dont take offense, but youre completely mad, LOL! *hugs*
If I were a Libra Id be very affraid now, with all those darned miracles popping up all the time. *shiver*

I swear, I think he DOES write the Virgo ones for Keanu!
The 'home' reference made me think of the 'You have always been my safe home' video-clip :-)

Where he's running (either escaping or running towards, I'm still not sure, LOL!) the safe home they are singing about. I can't believe you don't know that one! If you had the same video-system in America as us, I'd copy it for you! Either way, it's bound to be online somewhere. I think Krix did some grabs of it, too :-)

A must see.
Anthrax-Safe Home video.

hey julie!!! no offense taken at all! when krix puts up the brezneys horoscopes i like to click on mine to see what it says... so those above words are from that click over(for Libra!)( I didn't actually write those *particular* words!!!!! that would have been an all nighter!!!tee hee!!!

Safe Home ... good one Julie!
Love the photo/horoscope combo. I like the way you think krix.

Ha, I am libra. Will have my digicam always have in stand-by mode with me for the next few weeks. whenever a miracle will pop up Ill shoot it!

OK, I've seen the Anthrax video, I just forgot what it was called. *bad nudel* I've had Dogstar on my mind this week, so I thought it was something Dogstar that I didn't know about.

Love the Anthrax video. It has great butt footage, the walk, the run, the *boots*, and um, the song's good too. :)

"The astrological omens suggest that the next four weeks will bring you at least four and as many as nine amazing synchronicities, supernatural interventions, and wondrous mysteries"

...I'd settle for one well planned, well communicated opportunity...do we have one?

I wasn't quite sure where to find "the lost key," so I sent a request by email... LOL!

no shelz, its been called supernatural  wondrous  mysteries, what mean: opportunity? yes! of course (at least four and as many as nine) but planned? no ;-)

just let us know if you will get an answer ;-)

no shelz, its been called supernatural  wondrous  mysteries, what means: opportunity? yes! of course (at least four and as many as nine) but planned? no ;-)

just let us know if you will get an answer ;-)

I don't know if I will creezy...I just had to send another request LOL!

My gosh these horoscopes are so connected to Keanu!

Secret Garden. I hate Madonna, but she has this song called Secret Garden...from the Erotica album...and, well...it made me think of Keanu.

Speaking of which...did anyone else get a little antsy when Reeves started with the flirty Stanley Cup commercial? Come and get it? OKAY!

I saw the video...now I want the movie!


Posted by: shelz on June 4, 2004 09:50 AM
What's on your mind?.....
(new here? please read this before commenting)
Remember, this is a fan site.
Keanu Reeves is in no way connnected to this website.
Please do not make a comment thinking he will read it.
Comments are for discussion with other fans.
Thank you.