Some of you lucky ducks already have your Revolutions DVD!

Thanks to Niobe for this scan of the cover of the German DVD booklet that I've sized for wallpaper. 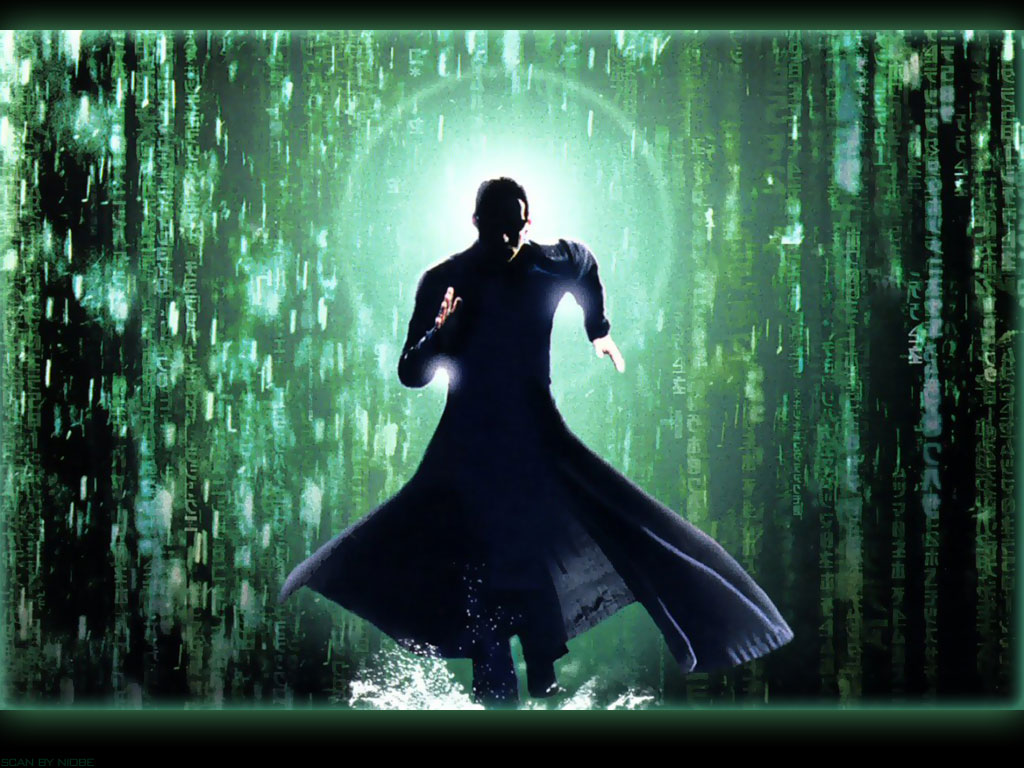 Hey do you think it's it possible that becky band will perform sometime beetween the 19th to the 23rd? I can take a trip around then and i was thinking of seeing beckyband......

I always picture Keanu with that jacket on... and nothing else. :p

Thanks Niobe and Krix!

This looks like artwork. Like a comic book that has come to life! Keanu is too perfect. I know I'm gushing I'll stop now.

For anyone who hasn't seen Something's Gotta Give(I know, few of K's fans, like myself), wait until Revolutions comes out and have a Keanu movie fest! And that pic is total ecstasy for my senses! All of my senses(if you know what I mean:)

God, that is gorgeous...and I don't use that sort of terminology often (the God, not the gorgeous). *sigh* I'm such a Neo fan, that is going on my desktop immediately.

Can't wait until Tuesday--I took the day off from work! Me, and a Matrix triple-feature! Woo-hoo!

Thanks for the scan, and I'm glad for once the overseas folks get the jump on us, they deserve it now and then...

*grumble* I swear I'm buying that trenchcoat from Abbeyshot.

Ya know, I just moved and it hit me: this would be a GREAT housewarming gift. *hint*

hey by the way i just watched sweet november on tv ...
4 keanu movies in a row!! well, i was wondering, how much of the deleted scenes do we know of? i saw sweet november once way back once on the plane and i could have sworn there was that scene in it w/ keanu and charlize playing the mud but i don't know how it could be... i remembered it when i saw a pic of that scene, and i remember the second time i watched it it was missing.
sorry 4 talking off the subject, but ive just always really liked that movie.

Yum! It's my desktop now too!

Melissa, we think alike. He is so beautiful in Revolutions. And yes it has been wonderful not having to wait for it. SGG is still on at the cinema over here, So I will have quite a wait for it. Did any one else cry after the crash? Neo almost broke my heart. Poor Keanu really put his soul into that scene. He must have drawn on some powerful thoughts and memories. And some people have the audacity to say he cant act or that he is wooden. I realy feel he showed them how good he can be in this trillogy. Sorry guys, I get so angry when people have negertive things to say and write about Ke. Why cant they just leave him alone. I suppose it's the tall poppy thing. He is so nice,gentle, caring, considerite, beautiful inside and out. And he can act and play bass. what more do they want?

I love this wall Krix...very cool!

I love this wall Krix...very cool!

Posted by: shelz on April 4, 2004 09:00 PM
What's on your mind?.....
(new here? please read this before commenting)
Remember, this is a fan site.
Keanu Reeves is in no way connnected to this website.
Please do not make a comment thinking he will read it.
Comments are for discussion with other fans.
Thank you.