I'm spending the weekend in bed 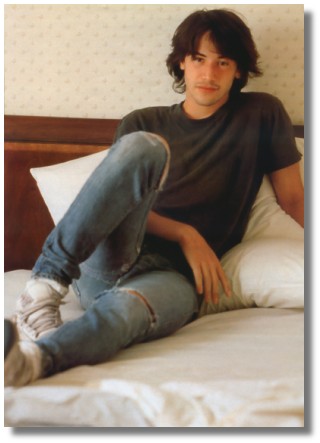 I would love to spend a day in bed with him ;)

My all-time favourite picture. Awwwwwwe! I want to be in bed too. Instead I have to study. Yuck.

Take it easy krix and we'll have ya back, fighting fit in no time....

Rest, drink lots of fluids and get better soon! Maybe watching a Ke movie or two will help you through it.

If that boy up there can't make you feel better, you're already dead. ;)

Vicks - It works, but it makes your hair stick to your neck - not very seductive. Feel better!

...same over here! It's flu season, with rain, snow and cold winds alternating - so after I spent hours trying to sleep off my fever,
I finally managed to get up and have a KMovie double feature (SN and TiT). I can't say I'm much better but I'm glad I managed
to stay up for some time - and a healthy dosis of "Special K" eye candy always helps improve my mood!

Sending you a big bowl of virtual chicken broth and a germ-free virtual hug. Get better, Krix!

Get well soon, krixy, but if I were you I wouldn't want to get out of that bed anytime soon...

Get well, Get better soon, mind if I take a round or two with Keanu on the bed, while you're sick, promise we won't be too noisy LOL!..

dude, you'll NEVER get well if you're rolling around with that guy all weekend ~ but then, who the hell cares about getting well?! hugs and healing thoughts...

Get well soon Krix. Drink lots of water and sleep.

I spent the weekend...at work. :( I think I'd rather have been in bed with you--LIKE you! I meant LIKE you!

I hope it is not because of callus on finger.

I hope you're feeling better Krix?

If I had Keanu decorating my bed, I'd spend more then just the weekend in it!

Here's hoping you are feeling better today! Rest and Reeves-laxation wishes to you. Get well soon!

I'm sending some additional *healing vibes* to Vegas in hopes of getting you back on your feet again! I wish I could send Dr. Mercer. I'm sure he'd know just what to do! But he isn't even available on DVD yet, let alone for house calls! LOL
Feel better soon.:)

Thank you so much everyone.

With Keanu in that bed too we know you will never get out. Sending lots of healing vibes and saying extra prayers for a speedy recovery. take care. LOL rhy.

Posted by: rhyanhan on March 1, 2004 02:56 PM
What's on your mind?.....
(new here? please read this before commenting)
Remember, this is a fan site.
Keanu Reeves is in no way connnected to this website.
Please do not make a comment thinking he will read it.
Comments are for discussion with other fans.
Thank you.