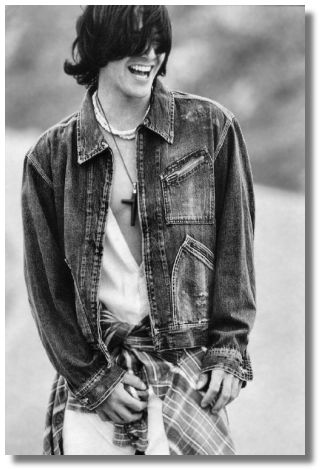 I picked this Jason Mraz song because I thought he was saying "Cool Breeze" in one line. He's actually saying "lugubrious", but I still think the song fits in the mix.
I mean, it has the word "dude" in it, right? It also reminds me of that spontaneous romantic side of Keanu that we rarely see, but have heard about in things like the Cosmo interview.

Plus, it's just a damn good song.

Go make your next choice
be your best choice
And if you're looking for a boy with a voice,
well baby I'm single

Let's get set then to go then
and let us jet set
we'll be like the Jetsons
You can be Jane my wife.
Should I marry Jane tonight?

I would if I could.
I'd do most anything spontaneously.

Or we can keep chilling like ice cream filling
We can be cool in the gang if you'd rather hang
Ain't no thing. I can be lugubrious with you.

I would if I could.
I'd do most anything spontaneously.

You know I would, if I could.
I'll do anything spontaneously.

If you could be nimble,
you'd have it simple just like me.
So go on and try it,
do not deny yourself your freedom.

So step on up to the plate get a date with mraz
See you better act fast because supplies they never
Now did you know this is limited time offer
So go make your mind up before our times up
You better start winding it up because the party's almost over
(and if you should know girl, go a little bit lower now)

~Jason Mraz
from the CD "WAITING FOR MY ROCKET TO COME"

I love this song! Thank you krix. :-D

What a great song! Hey, I thought he said cool breeze too, and I was looking right at the lyrics...are you suuure it isn't? ;) I'm ashamed to say I don't know Mr. Mraz, but if all his songs are of this quality I will have to change that.

Thanks for saying that nudel. I didn't know him either. When I was younger, my taste in music was eclectic; I was very open-minded. Now I'm afraid I've been sucked in by the pop/hip hop music phenomenon. I feel too lazy to search for something better and look instead for instant gratification.

Mraz is awesome. Every song on his CD is good, and that's rare these days. I highly recommend it.

OK, anyone remember that I wanted to go see Mraz last time he was in town but couldn't because it was the same day as reloaded opening?

This is some kind of sick cosmic joke.

It could be a sign. Maybe it's best not to wilfully disregard it. But then, you're in charge of your own life, dammit! Maybe you can do both. I don't remember, did you end up going last time or not?

I love the word "lugubrious."

One of my favorite songs is "Lugubrious Whing Whang" by the Squirrel Nut Zippers... mostly for the title of song...

LOL! How weird...i'm going to sound like a nut here...but i was listening to the radio when i was in the shower once...and they played a song by Jason...and anyways he kept repeating 'Dangerous Liason' and one Keanu flick kept coming to my mind :P

LOL! Same here Keanu_Soul. The "Dangerous Liason" kept catching my ear, decided I liked the song...then bought the CD (which is great, as Krix said). Our local radio station interviewed him a while back and he did a live, acoustic version of "The Remedy"...it was awesome!

I so need to get this cd...after hearing 'The Remedy' i wanted the cd...not even hearing all the other songs. I wonder what he's like live? There was a gig here for only $15...i should have went..

If you go to the CDs page at amazon you can listen to more clip samples.

I almost used The Remedy for the mix because of the whole "dangerous liason" thing (it perked my ears first time I heard it, too).

Posted by: krix on October 24, 2003 09:16 PM
What's on your mind?.....
(new here? please read this before commenting)
Remember, this is a fan site.
Keanu Reeves is in no way connnected to this website.
Please do not make a comment thinking he will read it.
Comments are for discussion with other fans.
Thank you.