The possible effects of daytime television on an already fragile psyche 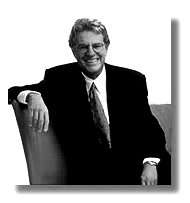 JERRY: Tonight on the Jerry Springer show we have a particularly interesting episode! Krix is here to finally confess something to a long-time friend of hers Joel. So everyone please put your hands together for Krix!

Jerry: Okay, now Krix you're here to talk about someone aren't you?

Jerry: And what is this other persons name?

Jerry: But first we have a surprise for you Krix, because as it happens there is someone else here to see YOU! So let's bring out... Kiefer!

Out of nowhere Krix pulls out some stinky boots. Kiefer reaches for the ottoman. Out of the shadows Keanu appears.

Jerry: Yes, everybody let's just calm down for a moment here. First tell us why you're here Kiefer.

Kiefer: Because I saw Krix and Keanu making out at Cleopatra's Barge!
The crowd goes absolutely INSANE.

Jerry: (raising his hands) Hold on, hold on, I'm missing the problem here...what exactly IS the problem Kiefer?

Kiefer: Because I've recently been taking part in a sexual relationship with Joel who has recently become engaged to Keanu.
The crowd hollers, screams and whoops in an orchestra of orgasmic excitement.

Jerry: Okay, okay. Well why don't we bring Joel out here because Krix had something that they needed to tell them anyway about... Bret that's right!

Joel: (enters onto stage and saunters over towards Krix) What's the deal? I saw you outside getting it on with Bret! You know how I feel about Bret!.

Keanu: (screams) What? Why the hell did you ask me to marry you if you're in love with Bret!

Joel: Because I knew that I could never have Bret. But Krix promised me that they'd never hook up out of respect for my feelings!

Keanu: What about respect for MY feelings!

Kiefer walks suddenly across the stage, embracing Joel.
Kiefer: Don't worry baby, you don't need any of them now that you have me.
Again the crowd SQUEALS.

Keanu: Oh my God! Are you SICK!
Keanu runs across the room and wraps his arms around Krix tightly.
Keanu: Krix take me away from all of this!

Keanu: Who the hell are you married to? When...when did this happen? I don't understand!

Krix: The other day. In Vegas. I'm married to Bret.

Jerry: (grinning widely, makes an enquiry) So...did you have a nice wedding night?

Bret: (stepping back out onto center stage) Well we had sex 7 times if that's what you mean.
The crowd squeals.

Jerry: Okay, okay. So let me get this all straight... Krix is married to Bret who Joel has secretly been in love with for years and years. Now Joel has recently become engaged to Keanu who was recently spotted kissing Krix in the Cleopatra's Barge. Now on top of this Kiefer has just admitted to being in a sexual relationship with Joel.

Jerry: (looking sternly into the camera) It is times like these that one has to wonder, whether or not these people are aware that they are quite clinically insane. Perhaps we should be spending more on psychiatric health funds in this country, perhaps we should just ban Vegas to cut down on impulse marriages. Perhaps I should get a new job. Thanks for watching folks it's been great but for now...it's goodnight.
Queue cheesy background music and fade to black.

Blame Muffy Moloko for this...

Oh, you gotta love the shrine of insanity :)

Heh, I propose we move to Utah and have a free-for-all.

dude, i just did mine, and guess what? i married keanu (sex 7 times just took on a whole new meaning!!) and you were in a sexual relationship with Rob. whew!! Utah sounds good...

We should pick a different state. Bigamy has its attractions but Utah is a DRY state isn't it?

You have a dirty dirty mind, Tyler.

The laws on polygamy in Keanugolia are intentionally vague.
Public nudity is mandatory, however.

your welcome krix, glad to help

I didn't know what you were talking about at first, until I went back a level at the Sause.net site. I wish I had seen the Action Movie one first now, I would have done it.

oooh, i did the Action Movie, and keanu kisses me at the end. sorry tessie, but i had to kill you with my baseball bat when you tried to get me killed so you could steal keanu from me. :)

Bwah! Was it a "dirty, DIRTY, skanky pomegranate"?

This Springer interlude is just too too insane...LOL! Luv it! I simply had to share it with some buds. All i know is *the interworkings of the mind of krix* never cease to amaze me. YAY!

Posted by: phoenix IX on March 6, 2003 09:12 PM
What's on your mind?.....
(new here? please read this before commenting)
Remember, this is a fan site.
Keanu Reeves is in no way connnected to this website.
Please do not make a comment thinking he will read it.
Comments are for discussion with other fans.
Thank you.