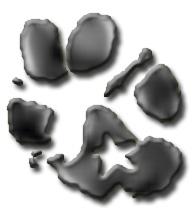 Ok, I admit it, I literally had a physical reaction/body rush to seeing this most recent update on the Dogstar Message Board:

As usual, this is unofficial because nothing has been decided, but I wanted to let all you fans know that DogStar has decided to take a meeting to evaluate their next plan of action. Two shows have been offered to them (not including the possible return to Japan that the promoter offered last year), but I hesitate to mention locations because as I mentioned nothing as been decided. However, should the shows be accepted you can bet that the band will certainly be back in the studio writing new material because the old material is...well, old ^_^ They are all hungry to play again, and once they write a new album you can pretty much bet they will be getting ready to release it and tour to promote it. So, sit tight and know that this year might be a kick off to new things coming.

I know that you guys have been frustrated with the inactivity of DogStar, but with Keanu filming for a year it has been difficult to get the band together. Now that he is finished there will be more time to work on music. Bret and Rob have both been working on their own musical projects but have shown ample ambition to get back to working with the entire band.

Hopefully they will nail down some sort of an agenda next week and I will let you guys know if anything pops up. Bret is still considering releasing his solo album, but he hasn't fully decided yet. Rob has been in the recording studio working on a new project as well, but I am unsure as to where any of that will land. I'm sure you all wish them both luck with their respective projects.

Come on guys, rock my world.

Krix, you're so funny! :) But haven't they said a couple of times before they were going to play Vegas? At Caesar's or something? At least they were kind enough not to give you false hope for a THIRD time (by throwing Vegas out there as a possibility). :P But seriously, I do hope they play in your area, 'cause you rock!!! This is good news, good news indeed! I hope the muse bites them HARD! And in the ass! :) Aren't I just delightful this morning... (La de da...):)

i'm pulling for Vegas, too, even though Atlanta would be ever so much more convenient for me...but i can get on a plane for them. i've done it before, i'll do it again. wheee!

Posted by: Bea on January 18, 2003 01:37 PM
What's on your mind?.....
(new here? please read this before commenting)
Remember, this is a fan site.
Keanu Reeves is in no way connnected to this website.
Please do not make a comment thinking he will read it.
Comments are for discussion with other fans.
Thank you.