Being a corrupt dictator is hard work!

Currently up for debate in Keanugolia:


The Issue: In a bid to provide a new revenue stream for Keanugolia's Beef-Based Agriculture industry, it has been suggested that Dogstar could be added to the menu.

#1 ) "The fact is, the Dogstar population is out of control," says Beef-Based Agriculture spokesperson Violet du Pont. "We have to do something about them anyway, so why not market them as tasty snacks? We could have dogstar kebabs, dogstar pies, dogstar-on-a-sticks--the possibilities are endless! Let's not pass up this golden opportunity to provide a feast, if you will, for our economy."

#2 ) "I agree that something needs to be done about Dogstar over-population," says random passer-by Anne-Marie Chicago, "but eating them? That's kind of gross. Let's just shoot the ones we have to and shovel their bodies into ditches like normal."

#3 )"I am shocked and appalled!" declared SPCA President Jessica Hanover. "If anyone needs to be culled, it's us humans. The Dogstar were here first, remember? We need to take this as a sign to get our industry--agriculture in particular--to back off. The Dogstar is part of what makes Keanugolia a great nation!"

I'm having a little trouble getting behind the "overpopulation" arguments. As far as I can tell, Dogstar has been more of a rare and endangered species these days.
I'm leaning toward supporting position #3, in spite of the fact that Ms. Hanover continues to annoy me by referring to them as The Dogstar.
I think she may be on the crack.

Shall I pass a law making it okay to eat Dogstar? 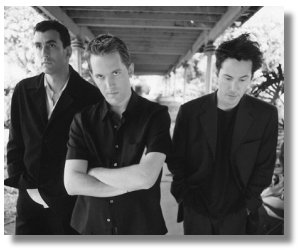 Maybe we could just eat parts of them :)

If we had dogstar on a stick we could suck on them- - -you know, like popsicles

Tyler!
omg, now I'm not going to get a thing done today...

I couldn't get online yesterday...

I propose chocolate-dipped popsicles -Thanx to Tyler *tm*, who's keeping us ALL off work ;-)
Of course, you could also genetically manipulate them into a handy size (portable Keanu!) The population might dissagree, but hey! You're the dictator, right! :-)

i don't think we should literally devour them, but maybe a little licking wouldn't hurt.
;)

Not trying to be a party pooper, I don't think they look very happy with the news. Perhaps, krix, you should let them know about the *ahem* sucking idea.

I know what you mean, Bea. The look on Rob's face says "veal" to me.

i'm all for dogstar popsicles!

As a representative of KETA (Keanuoglians for the Ethical Treatment of Animals) I have to demand that reason and compassion guide your decision.

Dogstar, be it on a stick or kebob is murder, no matter how you slice it...as it were.

no scott, you misunderstand me. i only want to lick them while they live. no murder involved, though there may be a "little death."

You know that if you were to lick 'em just right, I think the dogsters would be praying for that "little death" Lori was talking about.

I would like to try and find out, you know?

I think, when describing my comment above, the word "obtuse" is the best fit.

Oh Scott, you're just not used to being around so many Dogstar bitches in heat. Just keep your extremities inside the passenger compartment at all times and you'll be fine.

I have to harily second all the tasty treat, lickem good comments above...

Posted by: tess on January 18, 2003 10:00 PM
What's on your mind?.....
(new here? please read this before commenting)
Remember, this is a fan site.
Keanu Reeves is in no way connnected to this website.
Please do not make a comment thinking he will read it.
Comments are for discussion with other fans.
Thank you.