Please play a show soon.
We miss you so. 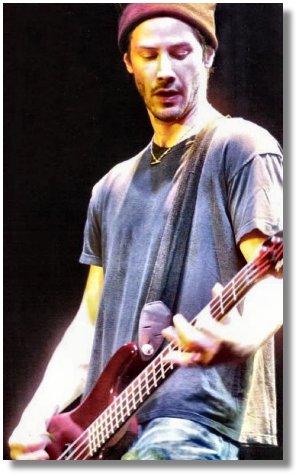 Between going through all of my concert pictures for Dogstarfans egroup this week and seeing Rob appear on this week's CSI, I'm really jonesing for a concert.

I've got an itch and only a dogpaw can scratch it.

In an effort to put out some good karma and spread the Dogstar love, I'm going to give away 5 QF CDs to the first 5 comments that want one. ( I know I don't have to mention this, but 1 per person, mmmkay?)

Be sure you leave a legit email (you can use a spamblock, but make sure I can figure out your addy - if you don't want your email appearing on site, put something in the URL space) and I will email you back for your address.

i already have one but that is so sweet of you to do. you rock krix!

Did you say free? I dont have one.

What a great deal! I have a friend who needs this for her birthday ASAP. You're a doggone nice human...

Well,Krix,they will never come to Israel,huh?
and if they do,i'm sure i'll be the only true Keanu/Dogstar fan.
More and More reasons for me to pack up my begs and leave this country.

you are such a cool ambassador for da boys, I have an extra so don't consider me. YOU ROCK!!! still ; )

you gave me one already, chick! but damn, that's nice of you. and hey, bring on the dogboys, i'm there...

OK, just so I'm not confused. So far I have Grace and "T" speaking up as wanting a CD. Nat? Did you want one or were you just general commenting?

I need to see the words "I want one" in the comment so I don't mess this up.

Darn. *bangs head against computer-screen*
It's monday already - at least in my country -
And this was posted saturday, I guess.

Oh, now my computer is starting to act weird too. Must be from the impact. Sniff.

That's OK Julia, I have one for you.

Now there's one left, people.
Who wants it?

I would love to have one. Thanks.

You got it, Lisa.
I just sent you an email.

Thanks for playing, folks!

oh crud. i just missed it. i was all confused too as to who actually wanted it. play it again!

Apparently my email is a little under the weather!! I will respond as soon as I am able. Thanks again.

OK, Lisa.
When you can, just send your name and shipping address to me at krix(at)keanuvision(dot)com.
It's waiting for you.

I really need to get a form email set up here....

i want to know where dogstar (or bechy) will be playing this year...could somebody tell me?

No shows for either band are scheduled anytime soon, but if something does get announced I usually post it to the main blog page.
Also you can check dogstaronline.com or beckyband.com periodically for updates.

Yeah, I wanted to catch your band soon too. What's up with you and JJ at WCC? Did you get a chopper or what? I have one of his creations. Still have the Norton? Peace/Out!

Posted by: Toby on November 5, 2003 10:55 AM
What's on your mind?.....
(new here? please read this before commenting)
Remember, this is a fan site.
Keanu Reeves is in no way connnected to this website.
Please do not make a comment thinking he will read it.
Comments are for discussion with other fans.
Thank you.