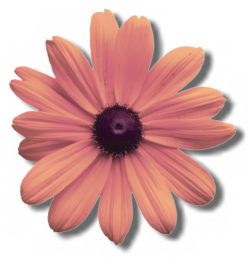 In one of the Dogstar newsletters, when Keanu was asked what CD he was listening to, his answer was Liz Phair, Exile in Guyville.
Below is the lyrics from one of the songs, "Flower".

Most of the album is really good straightforward Rock, and I can see why he likes it. This song is kind of an odd one out and I would guess that it's Keanu's least favorite.

But It always makes me think of him for some reason.

Damn, krix, you're just laying it right out there, aren't you girl? This is absolutely my favorite song from EinG, and it has a similar effect on me... :)

Krix, I think Liz is fantastic. She's got the balls to say what all Red-Blooded American Women think. And yes this song goes straight to the horniness in all of us. It taps into that Primal Scream you were taliking about earlier. The Cave Woman in me who wants to yank off those black leather pants and rock his world silly......

Who else need a smoke now?

OMG - I can see a sim adventure coming up!
;)
I'll fuck you and your minions too
Uh .. forget about the minions though!

"But It always makes me think of him for some reason."

I can't possibly imagine why. Rhonda, do you have a lighter?

man..oh..man..
And I thought J-LO was bad..hehehe
I've never heard of Liz Phair.
Is that from her new CD?

Lighter? Hell, who needs a lighter? The man is HOT! I may spontaneously combust......
"It does happen, you know? You never hear about it, but it happens."

Exile in Guyville was released in '93 I think. I can't find the cover to my CD or I'd check.

Know how compulsive I am? I am going right over to Amazon.com to order all her CDs. I have come across some of the most amzaing music as a result of my obsession.

Yes, Rhonda, but nobody talks about it right?

BTW, I won't need a lighter. I am using the candles I have lit.

Exile in Guyville, came out in May of 93. This album just had to have been written with KR in mind..... 6'1 , Johnny Sunshine, not to mention Flower.

Pass me a cigarette, would ya, Rhonda?

That song always reminds me of a certain someone . . .

I always think of Keanu during this song, too. I really like this song...very straight-foreward. Hell, I usually need a cig after watching ANY Keanu film! LOL

I'm so pure. I never thought of him during this song....

'(did anyone believe this? 'cause I didn't)

Posted by: Keanuette on September 13, 2002 05:00 AM
What's on your mind?.....
(new here? please read this before commenting)
Remember, this is a fan site.
Keanu Reeves is in no way connnected to this website.
Please do not make a comment thinking he will read it.
Comments are for discussion with other fans.
Thank you.