Wee Neo is still enjoying his time with Vika and her family in Bratislava. Her pictures were too nice to size down so click on the images for the full version..

"Wee Neo estivates in Bratislava but not only there. There is a ring in stone pavement in the middle of the town with world´s destinations: 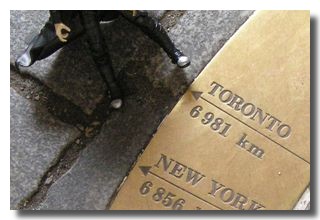 Did I see homesickness in his face? No way! He was just counting how many it is in miles.

He was pleased to watch some practise of "gentle way" when my sons took part in training show of their judo group. 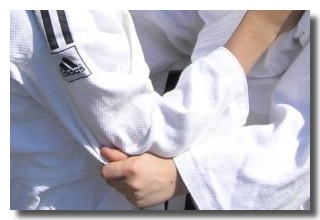 So he agreed with some self practicing... 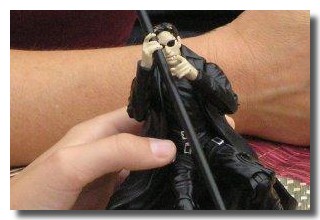 especially in these "gentle hands".
(Krix, don´t be afraid, he has a coat again and all moving parts are
on right places! *wink*)

We (my family) won´t stay in the city all summer so we´re doing some small or bigger trips around the country and on the first july weekend we visited some castles. 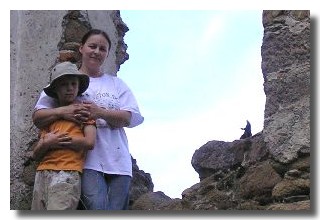 yes, it is a ruin but not because of communist regime, it is ruin since 18th century.

These ruins stay on the rocks and you have to climb up in the woods. 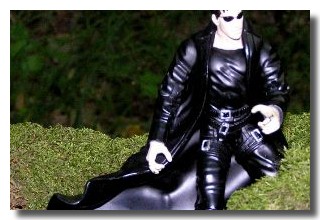 And then is definitely the right time to make a break and
spend a lovely summer night with friends in the cottage garden
with guitars with beer (wine, sekt or something stronger) until
sky becomes lighter and birds interrupt your singing. 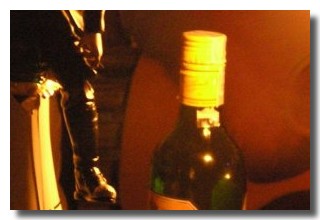 And now, please, excuse me I am leaving to check my handy bar.
Whiskey time!

Thank you to Vika and her family :)

Wohoo!
The conclusion of Wee Neo's travels in Slovakia!
And again in the company of Vika's cute kids!
I can imagine he had a very good time,
especially in the pic with the fairy lights in the background ;-)
He sure does get around!
Thanks for sharing the adventure, Vika and Krix.
*hugs*

kaz ( who knows that neo has a hankering to visit Oz :)

Vika! Thanks for the great pics and stories. I love those ruins. So great to see Wee Neo again. :D

Gorgeous! Thanks so much for sharing these. I know Wee Neo won't want to leave!!

Thanks for the great pictures Vika and Krix!!
I'm always excited to see what Wee Neo is up to!! :-D

Another excellent adventure! Thanks to all for sharing Neo's travels.

kaz, I'm hoping he'll be back in time to re-visit Seattle with me next month, but I'd be happy to send him down under after that!

ooooo, London would be great. I'll put it on his itinerary!

Posted by: krix on August 3, 2005 03:55 PM
What's on your mind?.....
(new here? please read this before commenting)
Remember, this is a fan site.
Keanu Reeves is in no way connnected to this website.
Please do not make a comment thinking he will read it.
Comments are for discussion with other fans.
Thank you.