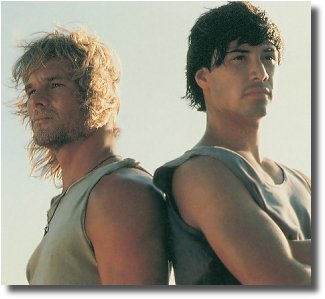 Bodhi Day celebrates the day of Buddha's enlightenment and is generally celebrated on December 8th. The tradition of Bodhi Day is mostly practiced in Northern India and Nepal. The traditional Buddhist greeting "Budu Saranai!" means (loosely translated) "May the serenity of the Buddha's be yours!"

1. Suffering is universal. No one escapes.

2. The cause of suffering is ignorance. Ignorance of self is the greatest ignorance.

3. Ignorance can be overcome.

4. The way to overcome ignorance is the Eightfold Path

-via the enigmatic op cit, with a shout-out to bea_herenow

Interestingly enough, Stephen Batchelor translates that which is most commonly translated as "suffering" as "anguish" in his book Buddhism Without Beliefs. This caused me to throw the book across the room the first time I read it, but I've come to see that there is a subtle difference. Then again, I'm a Zennie and it can be pretty difficult to break away from that structure once formally trained in the art of agonized sitting.

Still, few of us can read Pali and fewer can translate it well. Batchelor can do both.

i picked up a book on zen one time and the first line it said was zen mind consists of knowing that you know nothing...

"caused me to throw the book across the room"?
Is that really a Zen thing to do?
But the real problem is the unweildy English language, where the only difference between anguish and suffering (really) is degree.
English is not the best language for the abstract, emotional or spiritual.

i love the harmony thingy

i love the harmony thingy

"To know yourself you have only to set down a true statement of those that ever loved or hated you." – Johann Kaspar Layater

"If you know the enemy and know yourself, you need not fear a hundred battles." –Sun Tzu – "The Art of War"

"Harmony is pure love, for love is a concerto." - Lope de Vega

I am not a practicing Buddhist. But I value much of the philosophy of Buddhism, as the same wisdom can also be found in the Bible.

Nice research, krix. Thank you. Budu Sarania sounds kind of like a bass line, no?

1: education that results in understanding and the spread of knowledge [ant: unenlightenment] noun

2: (Hinduism and Buddhism) the beatitude that transcends the cycle of reincarnation; characterized by the extinction of desire and suffering and individual consciousness [syn: Nirvana] 3: a movement in the 18th century that advocated the use of reason in the reappraisal of accepted ideas and social institutions [syn: Enlightenment, Age of Reason]

i was always interested in the spiritual side of religions because i 'believe' that most of the solutions can be found there,,, hidden in the code of the texts....

True power is knowing that you can, but you don't.

you are a nice teacher!

true power is knowing that you can but you don't....

Batchelor is a worthwhile read. Even if I don't always agree.

I oh so disagree on English. It is a beautiful language for the heart.

English is a huge, trembling, shrieking BEAST of a language.

Powerful, insane, filled with inconstancies and passions, a thief, a shy girl, a whirlwind of a language.

English is a fine language, yes. Shakespeare proved that much.
But....English is not a great language for discussing the spiritual. There are so many spiritual concepts/states that English hasn't developed any words for....so we take such terms from other languages.
We end up with people groping for an understanding of adopted terms, and authors groping for a standard English definition of those terms.
And listen to me blabber.....

Posted by: echo on December 13, 2004 03:32 PM
What's on your mind?.....
(new here? please read this before commenting)
Remember, this is a fan site.
Keanu Reeves is in no way connnected to this website.
Please do not make a comment thinking he will read it.
Comments are for discussion with other fans.
Thank you.