cut yourself some slack 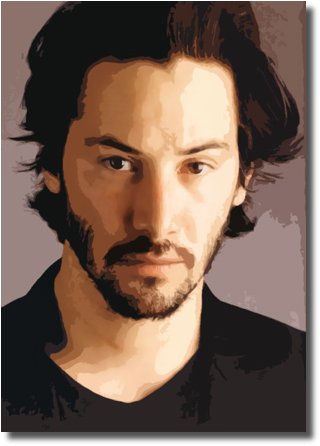 VIRGO (Aug. 23-Sept. 22): "I am one of those who never knows the direction of my journey until I have almost arrived," wrote author Anna Louise Strong. Right about now, Virgo, you could probably speak those same words with sincerity. For months you've felt as if an invisible force were shepherding you towards an unseen goal. You've trusted the process because it resonated with a gut feeling that kept telling you "YES!" And now, finally, you're about to come to the end of the quest and collect your reward. Keep in mind, though, that even after you have it, you may not fully understand it for months.

I watched Richard Linklater's Slacker last night. I was sure that I'd never seen it, but there was such a familiarity with it all that now I think maybe I have. Maybe I've just known too many slackers throughout my life (surely I was one for many years, maybe I still am) that it was all kind of deja vu. While watching some of the scenes play out there was a feeling like "I know this guy.........and he still owes me money..."

Linklater himself acts in the film and has a great monologue in the opening scene that talks about dreams and alternate realities and there's a lot Gen-X talky "philosophy" throughout the film. After seeing both Slacker and Waking Life and thinking about the certain parts of PKD's book - the various conversations of Arctor/Barris/Luckman: heavy, absurd, endless ones, sometimes about nothing - it really seems like Linklater was the perfect choice to make A Scanner Darkly. It's like the obvious future of the slackers and the dreamers.

One of many different realities depending on the direction of their journey and whether they stayed on the bus or not.

You call that abuse?
OMG, krix, I just looove this effect
and the pop-up nearly made my eyes pop out...

I agree with Niobe! This is a wonderful effect!!
I'll take that kind of abuse any time! ;)

oh my god... this is going on my desktop TONIGHT.

It's already on mine. Thanks krix.

I know this is late, but I was really happy to learn that the last Vibemerchants gig went so well. You guys are going to be so *on* when I finally get a chance to go see you. :D

soooo gorgeous! *sigh* why am I working late instead of at home playing with photoshop???

i didn't see slacker... but i did see waking life
which i, now in retrospect, think is kind of fractal like in its movement...i thouroughly enjoyed it...(at one time i did a couple of frames of rotoscoping - that was before computers...)))

this is gorgeous...one of my favourites of him!
keep on abusing perleaze!*smile*

Posted by: susan on September 24, 2004 12:38 PM
What's on your mind?.....
(new here? please read this before commenting)
Remember, this is a fan site.
Keanu Reeves is in no way connnected to this website.
Please do not make a comment thinking he will read it.
Comments are for discussion with other fans.
Thank you.