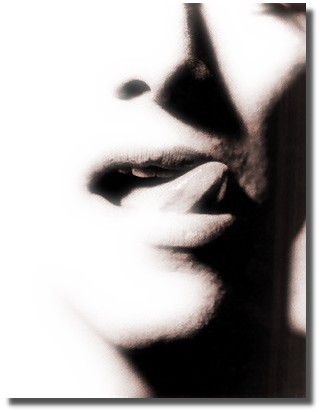 According to the Aveeno Lip Report (?!) , Keanu has been voted as having Canada's most kissable lips. -via Keanuweb

I actually think he has the most kissable everything, especially further south...

...you know, of the Canadian border.

Maybe they should set up a Keanu kissing booth at the next becky gig.

further south...like his scar. I'd like to take care of that.....mmmmm

BAHAHAHAHAHAHAHAHAHA I'm with ya on that one.. further south like the canadian border.. she snickers as she grins evily to herself..

hugs and God bless your friend Janice
Have a *Great* Weekend!!

This totally makes up for the icky demons in the post below. *smiles*

...not only south of the Canadian border but everywhere on the planet!
Paris, j'arriverai! Peut-être...

I'd say he has a kissable tummy.

I don't know why, but I've got this thing about tummies.

You know, skin over a scar is really soft...

oh my goodness....oh why didn´t you warn us in advance about the pic?
it was like a bolt of lightning...
*still shivering with delight*

Yeah I think there should be some testing done to confirm this! LOL
Any volunteers? ;)

I would volunteer for that, Lisa. ;) I find the whole Keanu's lips-thing funny. I'm not sure why. O.o lol

Sometimes, I just walk in on the WROOOONG post. :)

(A fine site, you can get a PDF of Something's Gotta Give over there and everything)

I haven't been this giddy since I made Andy Richter a double tall latte.

ATTENTION ATTENTION: Photo ahead can cause extreme twat twitch!

@jena: what!? another one to come? that is more than I can take in twenty-four hours and gives me a that special disease which can only be cured by the owner of that tongue....sigh ;)lol

Tell me I'm not the only one who read susans comment "Another one to come?" and giggled like a fool for a full five minutes.

did i really need to know this after a whole bottle of chardonay on a saturday night? ah, keanu, where are you when i need you? kissable, yes...and mikey2 why is this a wrong post? don't tell me you wouldn't kiss him too....

oops, I meant to say "above" instead of "ahead." Not to be confused with "head." OH STOP IT JENA! ssshhhhh...naughty.

hey mikey2....giggled for a full five minutes? huh? why that??

me personally, I don´t think the pic so "gigglish" ...;)
rather making me get hooked...*when is the other one to come* *laughs*
guess we all here would be delighted!

*blushes at this thread*

well... blushing. if that's possible...*blink blink* i wish i had a picture like that... veery nice... i'm going for the it's safe to say he's got the most kissable lips north, east, west or south of.... oh heck... just stand anywhere, turn around, look up and down, glance either side.. look past and future...check where your longitude and latitude is and face the beautiful truth... k is for keanu and k is for kiss... love love love love.... feelin the love.... ))

Posted by: shelz on August 30, 2004 09:24 AM
What's on your mind?.....
(new here? please read this before commenting)
Remember, this is a fan site.
Keanu Reeves is in no way connnected to this website.
Please do not make a comment thinking he will read it.
Comments are for discussion with other fans.
Thank you.