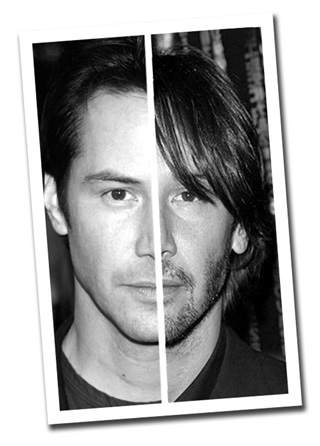 Richard Linklater, who is directing a film adaptation of SF author Philip K. Dick's novel A Scanner Darkly, told SCI FI Wire that he's mining the unexpected comedic potential of the late writer's work. "Philip K. Dick is very funny," Linklater said in an interview. "You wouldn't know it necessarily from the movies that have been filmed on his stories and books, but I've always thought Dick was hilarious. It's very dark comedy, a funny sensibility in so much of his stuff. So I'm going for that. And it's a good, creepy, timely story."

Dick's novel tells the story of a future in which America has lost the war on drugs. Keanu Reeves plays a narcotics officer seeking a drug dealer who turns out to be a alternate version of himself. Since Scanner was a novel, Linklater feels the film will be more faithful than those based on Dick's short stories.

"I'm trying to tell the story he told," Linklater said. "No one else has really tried to do that too much, because what they ve usually done is taken an idea, like the core idea, and then they usually put it into a genre and make it work in a more genre-typical sense. Some really great movies have been made from that stuff. But that wasn't my take on this movie, because it's not really an action film. It's primarily a character piece." Warner Independent Pictures will release A Scanner Darkly in the fall of 2005.

I'm still reading ASD and it's definitely full of humor. Some of it is esoteric drug-culture-related but if you get it, you just have to laugh. I'm enjoying picturing some of the scenes (Downey is going to be perfect as Barris) as I read them.

Have I mentioned that I can't wait to see this film?

I just finished listening to a selection of short stories by PDK including The Minority Report -- the last one totally took me by surprise -- it was so funny I was laughing aloud in my car -- that gets you funny looks from other drivers!

Oooo, PKD audio-book would be awesome for trips. Who does the reading?

While I enjoyed, as you said, some scenes, I really hated others.

I know it won't ever make my list of must-read books...

Does my sinister past shine through ;-)?

I think this is going to be one of the rare cases where the movie is better than the book. BTW, has anyone heard about the show Totally Obsessed that will appear on vh1 in August?

no what's it about allison? great picture krix!

For some reason, I'm really having to beat myself up to finish this book. I'm not big on the dark humor, although thanks to my late 60s past I'm certainly getting all the drug-related stuff.

I just have a baaaad feeling about the ending.

Cornflakes, of what i understand, it is a "reality show" where they find people obsessed with various things in pop culture. I think they have them live together. I wish I could have heard about it sooner so I could apply to be on and represent our K.

*hee hee* PhotoCHOPping. nudel made a funny. That is a cool pic krix.
You've all made me quite curious about that book, although drug references, not my forte. I'm quite sure I would miss most of the fun stuff.

Haha! Omg that would be great! I would be rooting for you on the show, that would be so interesting if a Keanu fan got on the show. And if keanu watches any tv.... jk, but someone needs to represent him!

OMMMMMMMMMMMGGGGGGGGGGGGG YOU HAVE HELLO CHICKEN UP AS A LINK KRIX WOW AWESOME! :) :) :) :)

Krix -- this is the only unabridged one that I
could find in my local rental store and its read by Kier Dulae (sp) he was in the original A Space Oddesy.

I rented an abridged Androids today and will look on half.com or ebay for unabridged anything else -- I am in my car so much that I almost always have an audio book going.

If you are interested in learning more about PKD, and if you have the time and the stamina -- go to www.techgnosis.com -- this is Erik Davis site -- I believe Krix posted a comment from him about Scanner a month or so ago -- he is the resident PKD expert. He has also written about William Gibson, The Matrix and other subjects. Its not an easy read, but I think worth the effort.

I really want to read the book!! I pretty much know everything drugs related since I've dated a dealer. Only I can't find the book anywhere. Anyone got tips?

Shanice, amazon.com has A Scanner Darkly. Here's the link...

Damn Krix...that picture you made(?) is awesome. Very nice.

Krix that picture is totally amazing!! *bowz to the blog goddess*
I want to read the book too... I think I've hesitated because it may be like reading my past history LMAO J/K
I'll grab it this weekend.

Oh, God...Downey is Barris? LOL I just finished the book a few weeks ago. Liked it, but not the ending. The ending pissed me right the hell off. I hope the movie does better. Can't wait for it!

Posted by: Renie on July 3, 2004 01:09 PM
What's on your mind?.....
(new here? please read this before commenting)
Remember, this is a fan site.
Keanu Reeves is in no way connnected to this website.
Please do not make a comment thinking he will read it.
Comments are for discussion with other fans.
Thank you.