looking into the spoilery abyss 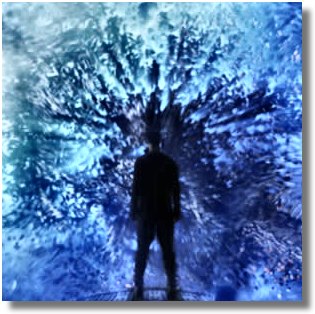 OK first off, if you know or even suspect something - I DON'T WANT TO KNOW.

I think I already know more than I want to, but I've decided that I am going to trust the content that comes from The Matrix.com not to spoil me and so I went ahead and downloaded the new trailers.

I've only watched the "Help" one so far though. I'm trying to prolong the blissful ignorance as long as I can.

I'm still not going to any forums, and am trying to avoid most articles as well.
It's going to get even harder as the days go by, I'm sure.

----
update:
The comments have convinced me to stay strong and avoid the trailers, even.

krix, stay away from the Control trailer. Stay far away...

I've decided today that I'm not even going to watch the trailers, because there were so many things in Reloaded that I had already seen. I want to be surprised, awed and unJoelized when I go for the finale.

Nope, they've got me hook, line and sinker.

Chianti is absolutely right!!! I couldn't agree more. I was too 'Joelized' (LOL!) as well.
I was stupid enough to watch 'the making of reloaded' which aired 1 day before the premiere in my country before I saw the actual movie. And it really did spoil it for me a lot. Not just in the 'suprise' department, but also..

Every time there was a cool scene, I secretly thought: 'Ok, but I already *know* this!' And I kind of fast-forwarded it it my mind, waiting for the next scene. Because I'd seen so much, (let's face it, practically EVERY scene was already out there in one way or the other) it felt as if I had watched the entire movie already, and I was impatient to see something else. It wasn't untill the 2nd time that I saw it that I could just 'relax' and enjoy it.

Eeeee, ok then.
I had better delete them when I get home.

Thanks for the warnings Raiza and everyone ;)

Oh wait, he did that in Reloaded, didn't he? Hmm...well, then, maybe he stows away in that spacepod with Jodie Foster?...

I think we should form a "keep away from spoilers" support group. I don't know how strong I can be in the next 40+ days!!! I DON'T want to know what is out there... but temptation is so strong. After all, there is so much swoonage material that we will be missing. HELP... need a little help!!! (ok, more like a lot of help)

Don't look at me--I've already given in to all the spoilery temptations! And I'm begining to regret it...maybe you can just download the cool pics and save them until Nov 6th? I agree though, I wouldn't even trust thematrix.com; those tv spots are full of spoilery stuff. Oh and there may be a new full-length film trailer coming out this weekend for you to avoid ;)

Bah. I'm going to go crawl under a rock.

If Mr. Silver has his way that won't help.

Hey krix... how much room have you got there under that rock?

And Tyler, nope. I didn't even click on it.

What happens once they come on tv? Get ready to change the channel quick! LOL...i've seen all of them... :(

Posted by: Keanu_Soul on September 25, 2003 02:14 AM
What's on your mind?.....
(new here? please read this before commenting)
Remember, this is a fan site.
Keanu Reeves is in no way connnected to this website.
Please do not make a comment thinking he will read it.
Comments are for discussion with other fans.
Thank you.