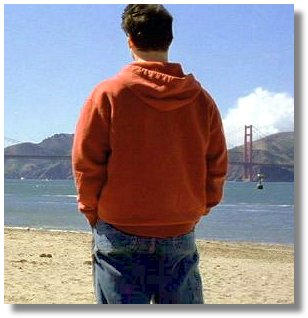 You know, if I were a snarky bitch I would seriously consider adding a second facet to Ass Friday. Something that singles out someone that chooses to invoke Keanu's name in a negative manner in their article or column (even though the story has nothing to do with him) and respectfully suggesting that they kiss mine.

However, I'm much too classy for that.

I think I am going to join Keanuette and her opinion that you are spooky sometimes. I just read the article in question. Got past the first sentence and stopped reading.

It's not spooky, it's google news feeds.
Spooky is that I can set fire to ex-boyfriends from a distance with voodoo.

I saw that this morning too and blasted off an email to him. I felt much better afterwards. :)

HAHAHA, that's not spooky, that's very impressive! You must teach me that trick one day :-D

cool about the voodoo, mighty handy tool. that idiot (little nicky whatshisface) is just jealous because he'll never act or sound or look or, hell, he'll never even smell as good as our keanu. so there!

This person has little to do, since I wrote him a reprimand and he answered it an hour later.

"Thanks for the note. I happen to find him a very overrated actor, but I know he has lots of fans and it's good to hear differing opinions. Neal"

I guess he didn't like my e-mail which was as follows:

Too bad you couldn't have written your article without putting somebody else down.

Probably the reason you are not being paid 30 million for your services?

Here is the lame ass response I got:

Thanks for the note. If you know of a writing a gig I'd love to hear about it.

Wow, I forget that you guys are ballsy and would actually email the guy.

I actually thought his responses were at least civil. Which is nice, he could have served the snark right back.

And that would be a drag.

Why? He got his lick in by making the *snark* comment in the first place. We should be allowed to return the favor.

His response may have been civil, but not apolgetic. He completely avoids the issue that his putting somebody else down wasn't necessary to put across the point of his article. He put his point across by ridiculing somebody else - because he thought it would be cute and somehow make him part an insider's club. winky winky

Sorry if I am getting breathy and preachy here but it is annoying. What makes it annoying is by pointing Keanu down, or anybody else for that matter (hey I will defend to the death my sister-in-law's right to be a Manilow fan), it puts the FAN down. Afterall, how could they be so lame as to be a fan of the person admired, because THEY don't admire or respect them.

His response to me assumes that he would be hired for a 30 million writing gig -- If I had it, I wouldn't.

krix, have i told you lately that i love you?

I emailed someone the other day about a negative comment in their article...

You could have 'give 'em da finger' Friday...

Well, this is a little late (it's monday already) but he finally answered my mail, too.
I send him a beautiful poem, inspired by the pic of him that was shown on the site. I don't recall it anymore, but I do remember that it started with
'Dear Neal'
and ended with;
HAHAHA, I've never seen such a lack of sex-appeal.

Jealous, Much? Jeez that guy's a buffoon!

Posted by: Angel on March 11, 2003 07:19 AM
What's on your mind?.....
(new here? please read this before commenting)
Remember, this is a fan site.
Keanu Reeves is in no way connnected to this website.
Please do not make a comment thinking he will read it.
Comments are for discussion with other fans.
Thank you.