If tax forms were earlobes, I'd be having a much better day

All of these pictures were taken within the last couple of years.
His gorgeousness increases exponentially with age.

Thanks to Elsinore of The Daily Thud ... 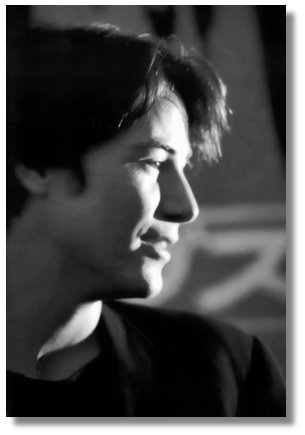 Can you tell I'm trying to procrastinate this tax thing?

He does... *sigh* I'd love to nibble them and... Er, that's too personal, eh? :-) -I won't even make a 'sucking' joke referring to yesterday-
The one in the middle on top is a bit of a hide-and-seek though! Looks like the map of Afghanistan!

Niiice pics. It occurs to me I've never seen a photo of Keanu in profile.

That Donnie 'MF' Barksdale gets me every time...

Reload the page and check the extended entry, Kelly.
:)

Wow, that profile pic is maybe the best picture I've ever seen of him. Thanks!

My god he's beautiful. IMHO a person isn't truly good looking unless they're gorgeous in profile.

Aw... I felt a bit cheap later about making a joke about Afghanistan, since it is still a terrible place for women to live. They are still subject to rape, violence and torture. Most of the goverment is made up of warlords who commited the same crimes as the Taliban. I know that this is NOT the place to talk about this, but if any of you have some spare time, (or are trying to delay tax-thingies) and don't know them yet, you could go to www.rawa.org and learn and/or support them, it's the best 'good cause' I know. Thank you.

O, GOd, I so want sit on his lap and kiss him forever... *siiiiiiiiiigh*

earlobes, another perfect body part to add to the keanulist...sigh...

Posted by: Lori on January 16, 2003 11:32 PM
What's on your mind?.....
(new here? please read this before commenting)
Remember, this is a fan site.
Keanu Reeves is in no way connnected to this website.
Please do not make a comment thinking he will read it.
Comments are for discussion with other fans.
Thank you.