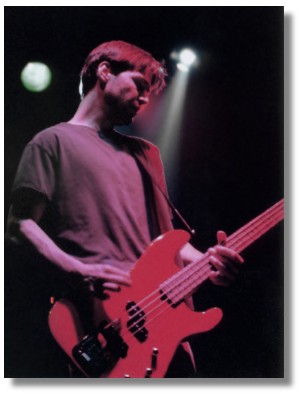 (credit goes to Sparrowhawk for this, my apologies for posting it not knowing where it was from and without permission)

I don't remember who wrote this, I found it in my files.
psychobabble.txt was the filename.
There were some lyrics of Bret's beneath it.
It's possible I wrote it, or one of my friends.
If you recognize it, let me know.
UPDATE
Mystery solved, it was Sparrowhawk.
Details in the comments.

I wish it were me...Beautiful!

That was me, krix. It's based on a poem by H.D., a poetess from the early part of the 20th century, who wrote in the style of the ancient Greeks like Homer and Sappho. The original is a description of Helen of Troy, as she came out upon the city battlements to watch the war raging on the plain below. But with just a little tinkering, it became a perfect description of Our Boy...

AH! Mystery solved. I must have taken a liking to it when you had that message board and saved it to a file.
Yep, very nice.

Is there more? I was right there with you. I'd like to stay.

is his name sunday muse ?

That's Keanu up there, Kate. He tends to be my muse several days a week, actually.

Posted by: krix on July 9, 2003 10:03 PM
What's on your mind?.....
(new here? please read this before commenting)
Remember, this is a fan site.
Keanu Reeves is in no way connnected to this website.
Please do not make a comment thinking he will read it.
Comments are for discussion with other fans.
Thank you.