They're new to you

During this dry spell of Keanu news and pictures, there's still lots of unseen treasures out there. I'd like to give big thanks and lemur love to JeniLyn, who was nice enough to share her pictures from last year's Dogstar concerts in Ohio. The first couple were taken by her son, Jeremy, so smooches to him, too. 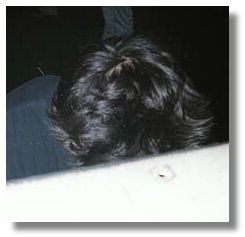 I include this top-of-his-head pic to support my theory that while Mr. Reeves is a multi-talented man, he has yet to master the use of a comb. 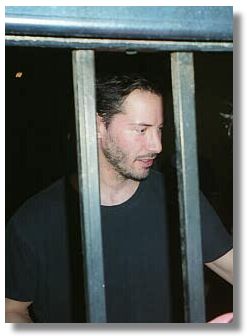 When asked who she wanted her CD signed to, Jeni said "To the highest bidder on eBay!" and evoked laughter from our beloved bass player. Have I mentioned that that's a dream of mine? sigh.....that laugh.

And here's some concert pics, taken by JeniLyn herself.... 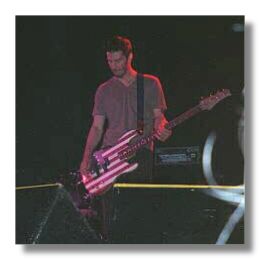 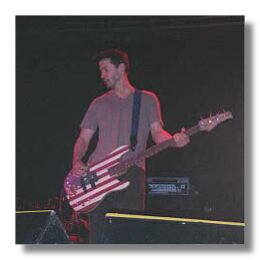 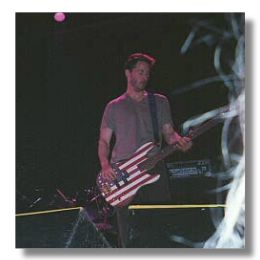 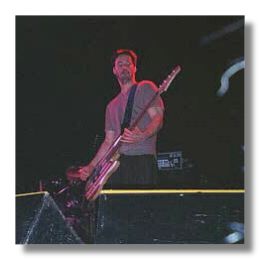 I sure hope Dogstar plays stateside before the end of the year.
It's been way too long.

Krix, aren't these pictures lovely? Thanks JeniLyn and Jeremy! I just love to see shots of Mr.Reeves, thumpin' metal! He rocks!

*sigh* WAY too long...I'm praying for sometime in November...

It's been 7 YEARS!! since Dogstar have played London.

Great pix, thanx JeniLyn ;) [and thanx for puttin g them up]

Posted by: Lori on September 9, 2002 04:48 PM
What's on your mind?.....
(new here? please read this before commenting)
Remember, this is a fan site.
Keanu Reeves is in no way connnected to this website.
Please do not make a comment thinking he will read it.
Comments are for discussion with other fans.
Thank you.