Full of Coffee an' a Matrix

A new section has been added to the binary access goodies at the Official Site
The code is 11101000.

I haven't looked at it yet, I need more caffeine do deal with "BRAIN-in-a-VAT skepticism".

..and check this out! (flash required)
A look at The Animatrix.... 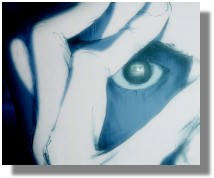 Also, McFarlane Toys just announced that they are working with Warner Bros. to Create Action Figures Based on "The Matrix" Trilogy Characters

Whatever, dude. Just make them widely available so we don't end up having to buy crappy knock-offs at eBay.
Free ones for webmisstressesises would be lovely, too.

Webmistresses should get free autographed goodies, I think. ;)

I don't think Warner Brothers coughs up the schwag too often. Paramount is pretty cool, though.. Free stuff R0x0rs.

I figured out how to get into philosophy, now if I could just figure out what that picture is underneath the table of contents, I think I would be a happy camper. . .for the moment anyway.

Krix, next time you get offered any freebies and can't make to California, you'll let me know, right?

the animatrix looks cool and we have a neo sitting here on top of my monitor. its an action figure. he doesnt have his guns anymore but it's still him =)

Posted by: krix on August 3, 2002 10:50 AM
What's on your mind?.....
(new here? please read this before commenting)
Remember, this is a fan site.
Keanu Reeves is in no way connnected to this website.
Please do not make a comment thinking he will read it.
Comments are for discussion with other fans.
Thank you.