the reality of hacking 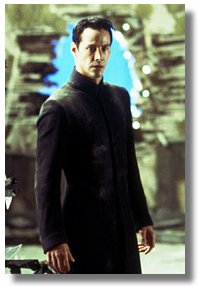 IRVINE - In the sequel to the movie ``The Matrix,'' the svelte heroine's return to the futuristic world had a group of security consultants from Irvine's Rainbow Technologies ogling the raven-haired computer whiz.

But not just because Trinity looked hot in skin-tight black leather.

``We were actually impressed,'' said Bernie Cowens, Rainbow's vice president of security services, who took his staff of ``fairly jaded'' technologists to a matinee on opening day.

``They are pretty hard to please when it comes to realism in the movies,'' he said. ``They all commented favorably.''

In the past, Hollywood's depiction of computer breaches left most security experts groaning in disbelief. Cracking a password in 60 seconds?

For example, this summer's ``The Italian Job'' showed a credible situation of how hackers might get into the Los Angeles transportation computer system to create the city's largest traffic jam.

And, while movie critics have panned ``The Matrix Reloaded,'' many computer-security professionals loved it and are eagerly awaiting the November release of the next movie in the Matrix trilogy, ``The Matrix Revolutions.''

``There's a new generation of filmmakers growing up with technology,'' Cowens said. ``They're acknowledging that the public is more (computer) savvy. It makes it more believable.''

At home, many people have learned not to open e-mail attachments from people they don't know. They know that, if they ignore that warning, the computer could stop working or slow down because a computer virus is sending itself to everyone in their address book.

They know that colorful images of viruses eating files don't really appear on the computer screen, as in the 1995 movie ``Hackers.'' They know, and were reminded by the Blaster worm attack on Windows XP and Windows 2000 systems, that breaking into a computer isn't as tricky as somersaulting across a pressure-sensitive floor to install a snooping device, as in ``Charlie's Angels 2000.''

``What seemed like science-fiction 10 years ago, people now know it exists,'' said Steve Gibson, head of the security consultants Gibson Research in Laguna Hills. ``Hollywood can now have someone lament about a computer having a virus. . . . You don't have to explain it anymore.''

Close to the hearts of many a security expert is ``WarGames,'' from 1983. ``That was one of the turning points (in hacker movies),'' said Riley Hassell, a security researcher with eEye Digital Security, an Aliso Viejo security-software company.

In that movie, Matthew Broderick, who plays a teenage hacker trying to access unreleased computer games, skips school for a week to research the life of a man who designed the ultimate computer game. His goal is to discover a secret password that will get him through the ``backdoor,'' a shortcut that programmers often add to software code so they can bypass security.

``That was pretty realistic,'' said Barnaby Jack, also a security researcher at eEye. `` `WarGames' was what got a lot of people into the hacking scene.''

Another highly rated movie among security-industry professionals was ``Sneakers,'' which was written by the same folks who wrote ``WarGames.'' The movie revolves around a ragtag team of hackers who were once on the other side of the law but are now in business to help companies find flaws in their security.

And that's what he does.

Hollywood enjoys the drama of hackers guessing passwords quickly and at the very last second, as in the 2001 movie ``Swordfish,'' which is about a hacker who double-crosses a crime lord by adding super-strong encryption to a bank's computer system. Of course, he's forced to break back in -- in less than 60 seconds.

In reality, cracking passwords takes at least a few minutes, and much more if the word isn't in the dictionary, said Steve ``Rex'' Frank, chief technology officer of Alvaka Networks in Huntington Beach.

``If there's a dollar sign or something else, it could take a hundred hours,'' said Frank, a professional ``white hat'' hacker, which means he uses his computer skills for good.

Hacking a password is usually slow and methodical, he said.

``The password-cracking programs I use -- it literally will try A, A1, A2. Eventually, it will get any password.''

``I actually had one of my field agent contacts tell me that FBI management is upset because they can't track down hackers like they do in the movies,'' Gibson said.

Perhaps the biggest flaw in Hollywood's depiction of hackers is the portrayal of their lifestyle.

In ``Hackers,'' for example, the troupe of teenage computer geeks -- which included sexy Angelina Jolie -- go clubbing at night, in-line skate and throw parties attended by crowds of hipsters.

Hassell says he can attest that the hackers he knows aren't the most sociable or fashionable creatures.

``None of them are attractive people,'' Hassell said. ``These guys are big `Star Trek' fans. They eat chips and drink beer.''

Gibson tries not to think about inaccuracies in movies. He goes to be entertained.

``There is definitely a trade-off between accuracy and entertainment,'' he said. ``This isn't a computer seminar.''

Praise from the experts and hopefully balm on the souls of everybody involved in "Reloaded"! Tho I still don't get it why so many people had to lash out at Matrix II...

What is it with techonogeeks who complain that computer stuff in a FUTURISTIC SCIENCE FICTION FILM "isn't current" or "doesn't exist"? I've heard that kind of thing a number of times and I always have to retrieve my eyes from where they've rolled under the desk. No shit, sherlock! It's the fucking FUTURE! That's the whole point!!...

I'm sure it's a nice surprise that the technology is current in this film, but I'd bet they'll be the first ones to piss and moan about how outdated it is when they watch it again in about five years. Give me a break!...

Sorry, but this particular set of kudos doesn't impress me. As to why some of us (Keanu fans, by the way, just like you) aren't making the happy dance about this film...don't get me started. We'll be here all night...

Sparrowhawk:
Even if it is "the future" and you create a concept that doesn't exist in the now, the concept still has its basis on something that does exist now. If you get the "now" wrong, then the whole fictional future crumbles. Getting the now wrong is what annoys the "geeks".

I can understand their frustration in this respect. I'm a lawyer and I get immensely frustrated when I watch a legal thriller where the whole plot is based on a legal impossibility. It makes all that follows irrelevant. The case can be fictional and even outrageous, but it has to fit inside the existing legal frame because that is where it is said to be happening. I imagine doctors have the same reaction when watching inaccurate medical dramas. It's hard to take the movie seriously when the heart attack victim is saved by intubation.

The computer technology used for The Matrix will still be relevant in the future, because it was "true" today. Tomorrow we might use other methods, but the methods we used yesterday won't become untrue. They'll just look quaint.

I have really been posting too many comments lately. "Think before you type" should be my motto.

Please don't hate me. I'm really quite likeable. Not like a rat at all. I don't even look like a lawyer, or dress like one, or act like one really... except in court. And I adore Keanu Reeves, so that's something right?

Julie your French is sooooo cute! And so... what's the word? ...nonsensical.

I had a vision of a sassy French girl in a power-suit presenting 'ze case why Keanu is ze most exquise monsieur in ze world' with an adorable French accent ;-)

Please don't get defensive for who you are, I like who you are :-)
And I don't live in America, so 'lawyer' isn't a tainted word for me...
Actually, knowing one could be quite handy...
Ehm, not that I've done anything wrong *whistle* ;-)

Oh! I didn't think you meant to offend Julie! You are way too magnifique. And I was really just joking. It's not quite so tainted in Canada either. We don't do the tacky commercials.

Unfortunately I don't have an accent. We're surrounded by anglos here and I learned English when I was four. I found out too late that they're considered sexy. Dammit! But pleading the merveilleux et fantastique Keanu's case would be awesome. Just picture me *gettin' my sass on* in superlow rider jeans, cropped tank, Doc Martens and a court gown. *giggle*

Posted by: Zen on September 19, 2003 05:11 PM
What's on your mind?.....
(new here? please read this before commenting)
Remember, this is a fan site.
Keanu Reeves is in no way connnected to this website.
Please do not make a comment thinking he will read it.
Comments are for discussion with other fans.
Thank you.