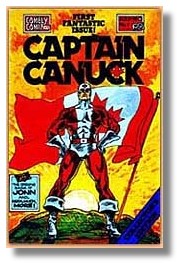 Forty-two per cent of commuters in Toronto and Vancouver would cast action star, Keanu Reeves, as the first Canadian James Bond, according to an informal survey released today to celebrate the launch of Die Another Day, available on Special Edition DVD and VHS tomorrow.

While Reeves beat out fellow Toronto actors Kiefer Sutherland and Mike Myers by a clear majority, the survey revealed that choosing a Canadian Bond Girl was a more difficult task. Though Vancouver-born Carrie-Anne Moss was chosen as the Canadian Bond Girl with 43 per cent of the national vote, 39 per cent of Torontonians selected the buxom Pamela Anderson, narrowly edging out Carrie-Anne Moss by one per cent. In Vancouver, commuters were more decisive: 51 per cent of voters chose Moss over Anderson.

Keanu as Bond? - maybe in another ten years. At least.

So their choices were limited to CAM and Pamela Anderson? Surely there must be a happy medium there somewhere in the Great White North. No offense to CAM, but she's not fluffy enough. I see her more as Mrs. Moneypenny - you know...the brains, the organizer. Surely there are more qualified Canadadates than Pam.

well, if the trend is to make the "bond girls" nearly equal to the man himself, then Trinity and Neo would be perfect for the parts. ummm, i mean, Carrie-Anne and keanu, of course... ;)

Loving espionage flicks the way I do, I truly like the idea of Ke as the "Canadian James Bond".
For Bond's female counterpart, I've only met Pam Anderson once, but she
doesn't exude nearly the personality and charm that I assume Carrie-Ann Moss to have
(translation: Anderson doesn't seem nearly as wholesomely cool; too superficial).
Of course, if that's what makes for the ultimate James Bond flick, pardon me! *giggles* and LOL....
'Cause I'd mainly like to see Ke in such a role. The rest is inconsequential...
(That is so bad, but it's been a long day -- and scathingly good thoughts make it a little better.)

Posted by: phoenix IX on June 3, 2003 10:14 PM
What's on your mind?.....
(new here? please read this before commenting)
Remember, this is a fan site.
Keanu Reeves is in no way connnected to this website.
Please do not make a comment thinking he will read it.
Comments are for discussion with other fans.
Thank you.